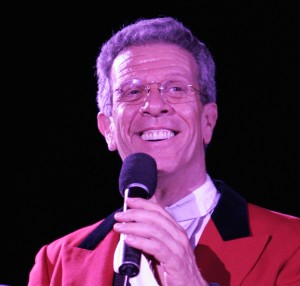 Over the last couple months I have been working on something very special. I’ve had lots of fun performing at various events and parties this past year, and I want to keep on singing for friends and family. So, I’ve been putting together a cabaret show.

The first thing I had to do was to come up with some songs to sing. It certainly wasn’t easy to narrow down my list of favorite songs from all the tunes that I know. Of course I wanted to sing songs that I like, but I also tried to select songs that relate to my life. Let’s just say that the initial song list was anything but short. Eventually, I shortened the list to a dozen or so songs that could be woven together into a single show.

I’ve been practicing and rehearsing weekly with my friend, the incredible accompanist Dennis Buck. I have a great time working with Dennis. (He really knows how to actually make me sound good.)

I also reached out to a couple friends and asked them if they wanted to be involved in the show. I’m extremely pleased that both Lainie Cooke and Bradley Jones will be singing. Each of them will sing a solo and then a duet with me. Lainie is a jazz singer, and I’ve known her for many years. Bradley was a musical theatre performer long before he became a psychoanalyst. We sang together last year at a going-away party.

The cabaret is coming together nicely. I’ll actually be taking the show down to Sarasota, Florida at the end of October. I’ve been asked to be a special guest at the Showfolks Club. For everyone based in New York, though, don’t worry–you have an opportunity to see the show too without flying down to Florida for the weekend. I’m scheduled to perform at the Metropolitan Room on Saturday, December 5. The show will be a benefit performance. All proceeds will be donated to the Big Apple Circus’s award-winning community programs. 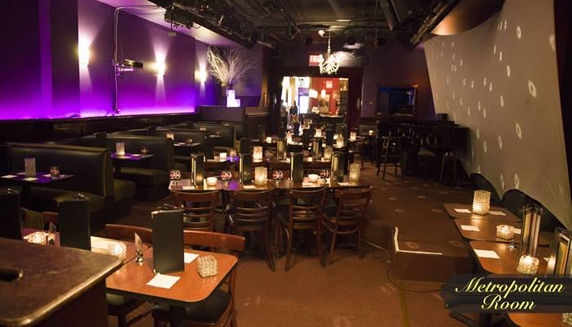 There are probably ten thousand people who you would rather hear sing. And I completely sympathize with that sentiment. As one friend put it, by singing in a cabaret I am risking my life. But it should be great (dangerous!) fun. And if you like hammed-up, very ordinary singing, you are in for a treat! 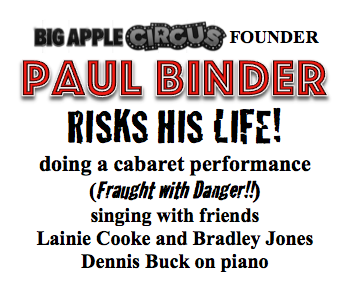