Last week, I drove up to Lenox, Mass. with my sweetheart and partner, Shelley Doctors for a Dartmouth class of ‘63 mini-reunion and to see (and hear) the incomparable Tanglewood on Parade Gala Concert. The Tanglewood Shed is enormous, with a capacity of over 5,500. In addition, thousands more sit outside on the grass. Tanglewood has been the main summer venue of the Boston Symphony Orchestra for more than 75 years.

Shelley and I met up with fifteen of my classmates and their wives/partners for afternoon drinks at Carole and Rich Berkowitz’s beautiful house before dinner, then headed to the concert venue. Rich is one of a few of my former classmates that I keep up with on a regular basis, but it’s so nice to be able to gather together and share stories face to face with all of them. 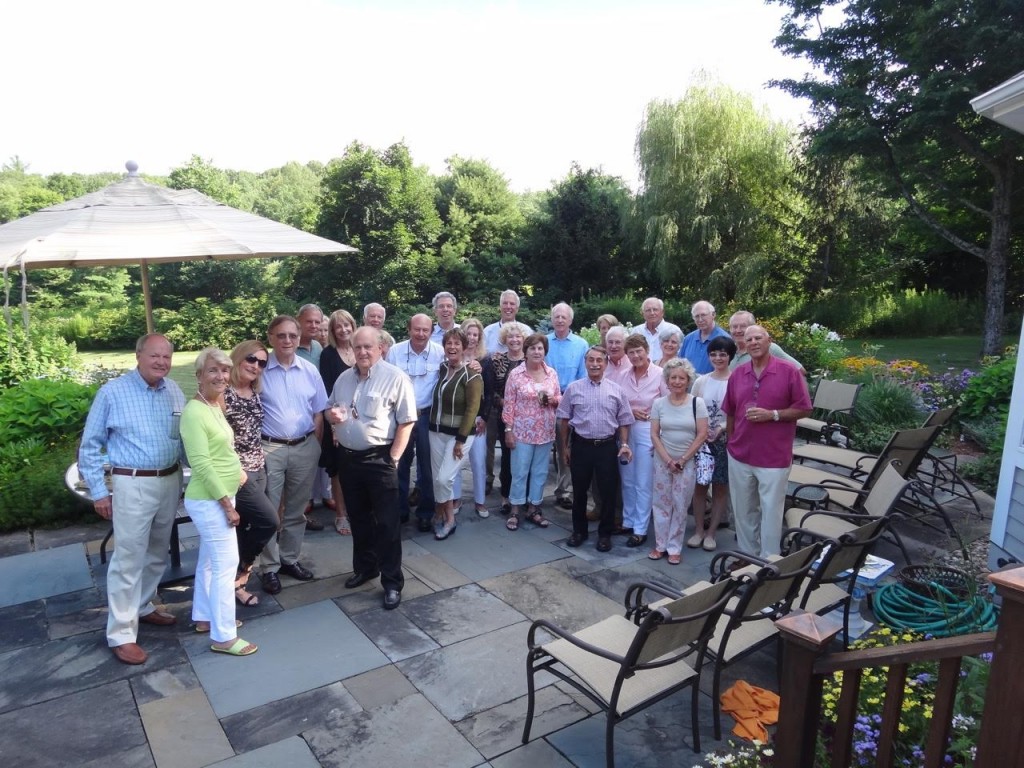 The climax of the entire concert was certainly the final piece: a performance of Tchaikovsky’s 1812 Overture complete with cannon booms that are in the score. The sound of real cannons was incredible. I also particularly enjoyed listening to the Pops, who played a wonderful tribute to Frank Sinatra and a couple pieces from Star Wars by composer John Williams. Also they performed a violin piece that was a tribute to Williams’ late wife, that had me in tears. (My father was a violinist.)

I once conducted the Boston Pops as part of the Big Apple Circus. The event was filmed for PBS and titled Pops Joins the Circus. The act went something like this:

After being quickly changed, by the clowns, out of my ringmaster suit and into a clown costume, I ended up in front of the 80 piece Pops Orchestra, who were seated in the center section of the Big Top audience. Now a clown, I soon discovered that I could control the orchestra by waving my hands. After dancing to the music and goofing around for a bit, I selected some kids from the audience to try their hands at conducting, which they did very successfully. When I invited an adult into the ring, though, the movement of his hands resulted in the horribly discordant sound of hash from the Pops. With closer inspection, I signaled to the audience that he had dirty hands. Well, I cleaned him up, and wouldn’t you know, the dissonant chords morphed back into beautiful symphonic sounds of Offenbach’s Gaite Parisienne (the Can-Can).

And here’s some old footage from the Pops Joins the Circus event:

One Response to “Tanglewood on Parade”