Last week, we returned to the Berkshire Hills for one more short vacation trip. It was three event-filled days. We arrived on August 27 in time to run to Tanglewood for the final day of the Boston Symphony season featuring a short Charles Ives number and Beethoven’s Ninth Symphony. The eighty person chorus joined for a rousing fourth movement, Ode to Joy. Tanglewood is simply incredible as the estimated crowd was nearly ten thousand people, including five thousand in the Koussevitzky Shed, and nearly as many on the lawn. 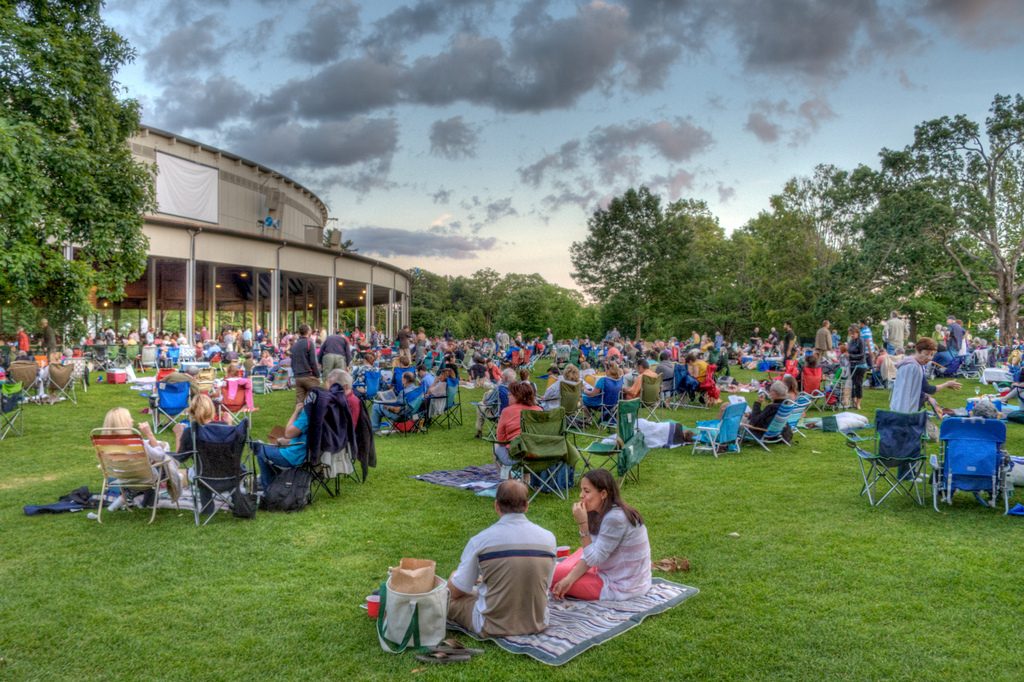 Visitors on the lawn outside the Koussevitzky Shed. Last week’s crowd was even far more dense than photographed here.

After a quick wine and cheese at our favorite bed and breakfast, Stonover Farm, we immediately went to Shakespeare and Company (no Shakespeare that night) to see two Edith Wharton “comedies.” Well, at least that’s what the management called them. I didn’t find them funny at all, indeed I thought they were poorly acted and directed. 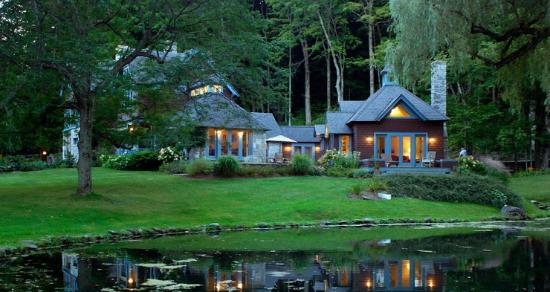 The next morning, after a delicious breakfast at Stonover, we headed to the Clark Museum in Williamstown, MA. The place is an absolute gem with a wonderful collection of impressionist paintings including many Renoirs. There is a current exhibit of Helen Frankenthaler. We ate lunch at the museum in a courtyard with a view of the extraordinarily beautiful property that surrounds the museum. 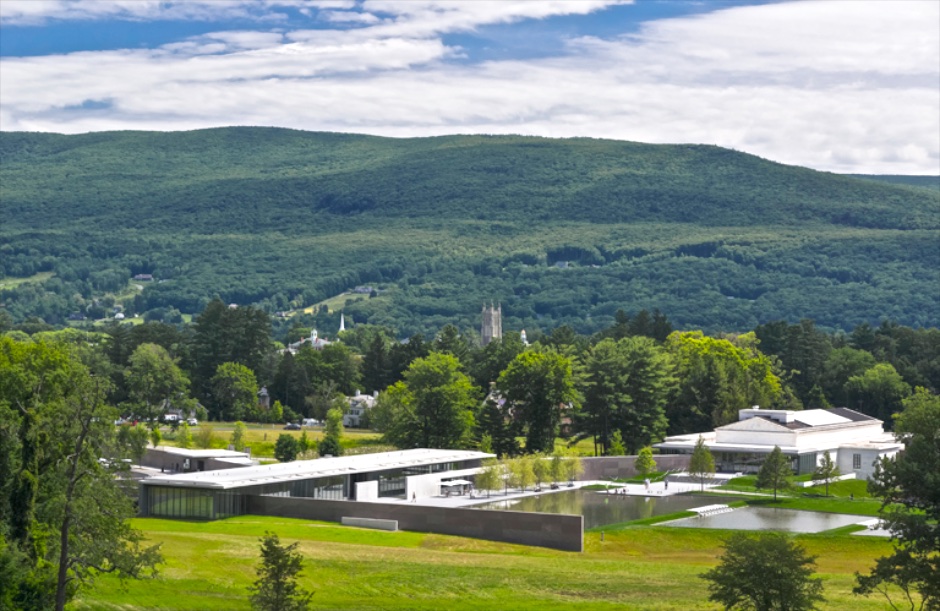 Following more wine and cheese in Stonover, we ran over to Cranwell Resort to catch a performance of Capitol Steps,* Washington D.C.’s political parody singing group. There were several pieces that were howlingly funny [Cranwell has a beautiful golf course that I had played many times with my colleague and friend, Rob Libbon, thirty-plus years ago in the days when the Big Apple Circus performed in both Pittsfield and Great Barrington].

The following day we made a visit to the Norman Rockwell museum in Stockbridge, MA to see the current exhibition which matches Rockwell with Andy Warhol as representatives of American culture of their time. I was surprised that the comparison actually was stunning. Rockwell’s work stands out as probably the greatest example of artistic cultural leadership, it is simply extraordinary. I say that, growing up as a child, seeing the many Saturday Evening Post covers that Rockwell created. His rendition of Roosevelt’s Four Freedoms was a profoundly affecting education. Warhol’s vision was far less idealistic, almost grim by comparison and I found myself wondering, at this time in our history, which artist could be the next cultural leader on par with Rockwell? 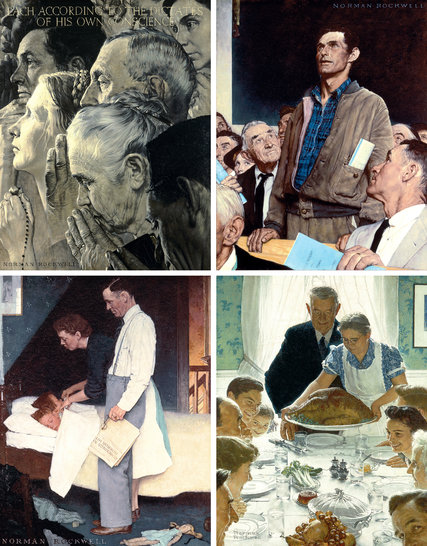 Then we made a nostalgic trip to Great Barrington where the Big Apple Circus had performed in both Jennifer House and the fairgrounds, had a delicious hamburger, and headed off for dinner with old friends at Zinc in Lenox, MA, followed by a three hour drive back to New York City.

*Have a look at my next blog post about Me the People, New York’s very funny political parody show. It is a must see!!