Shelley and I rang in the new year under the Big Top at the Big Apple Circus’s annual New Year’s Eve Celebration. On New Year’s Eve, the circus starts later than usual so that the performance ends fifteen minutes before midnight. And as the clock counts down, champagne cups are filled (the little ones get apple juice) and the entire audience counts down with it.

The band plays “Auld Lang Syne” and then continues playing for another hour, and the audience is invited into the ring to meet the performers.

It’s a wonderful celebration year after year: of the new year, of the Big Apple Circus nearing the end of its run at Lincoln Center (Jan. 11 is the last day), and of the circus arts.

And this year’s show is itself a celebration. Metamorphosis has received some truly great reviews, and the performers and creative team deserve all the accolades they’ve been getting. I’ve seen the show many times, both before and after it’s official opening, and I hope you have a chance to see it for yourself. It’s surely the best show in years. 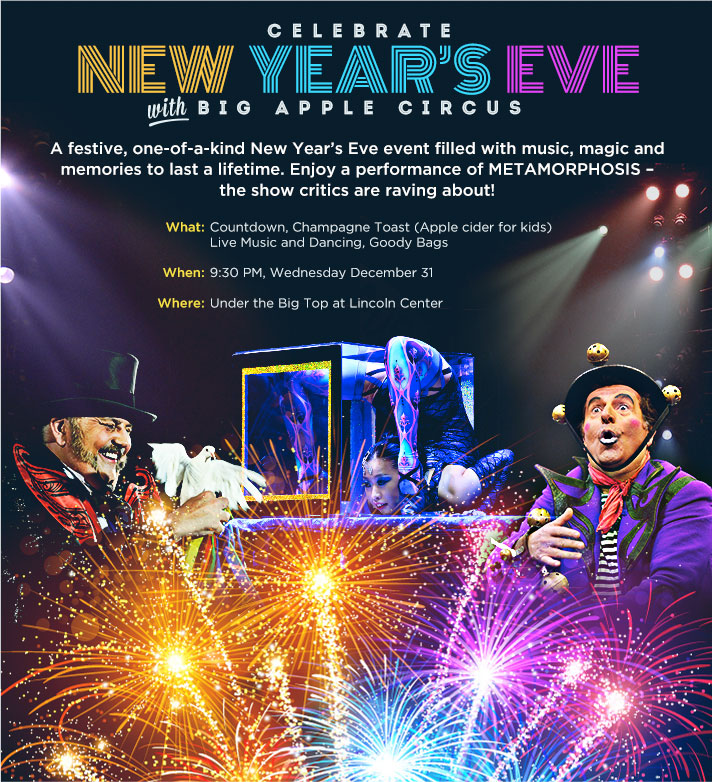