It must be the summer of storms because I saw another production of Shakespeare’s The Tempest this past week.

This Tempest was a shortened version, performed without an intermission but still very effective. The entire acting ensemble, led by Ron Cephas Jones as Prospero, was strong. Among the cast, the clown, Trinculo, played by Anthony Vaughn Merchant was particularly funny, both physically and vocally. The other outstanding performer was Fedna Jacquet, who played the role of Ariel. The magical spirit was written for and played by a man (as all characters were during Shakespeare’s time), although there’s a long theatrical history of women appearing in the role. With the talented Fedna Jacquet cast in the part of Ariel, the scenes between Ariel and Prospero, bondservant and master, had a heightened intensity. The production also features some stunning spirit/sprite dancing who were also fabulously costumed.

And I’m pleased to report that during this production, there were no incidents with actual rain onstage as the bandshell has a roof over it. All hail (none of that either) the Bard. 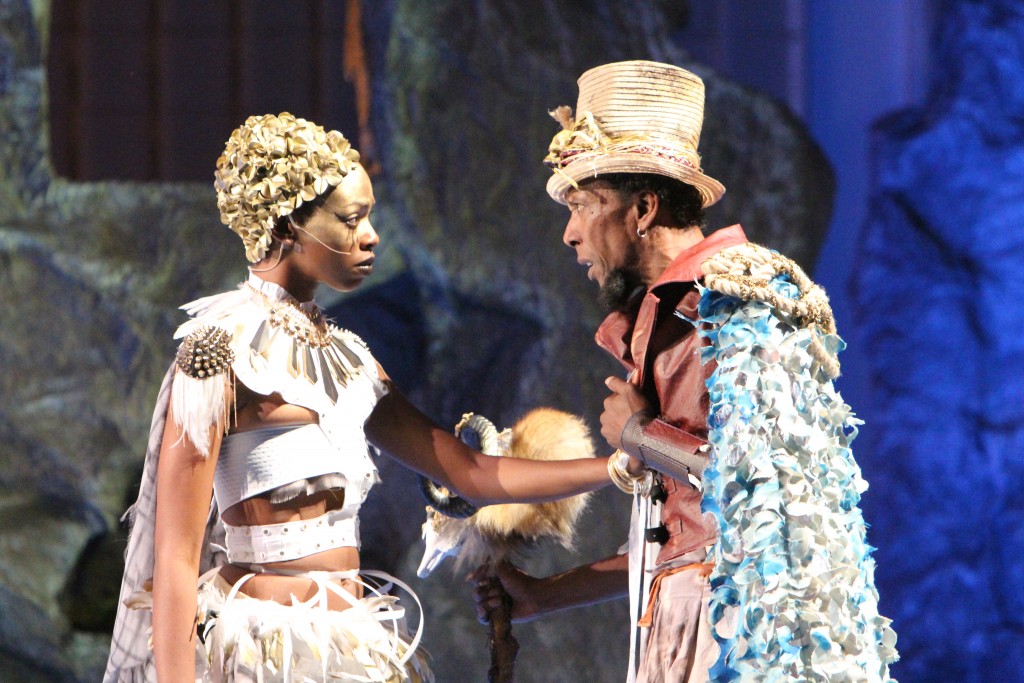