Last weekend (March 1) I joined Mary Jane Brock, the Vice Chairman of the Big Apple Circus Board of Directors, to see an amazing art exhibit at the Cathedral of Saint John the Divine, and I wanted to let you all know about it so that you don’t miss out.

St. John’s regularly houses a collection of visual arts, but they also display travelling art exhibitions. The current exhibition that opened on March 1 is the monumental art project Phoenix by international artist Xu Bing. And “monumental” is the word! The exhibit consists of two sculptures, a male and a female phoenix, that measure 90 and 100 feet long. In case you didn’t catch that … each bird sculpture is approximately 2.5 city blocks in length! Together they weigh an impressive 12 tons, and they are currently suspended in the Nave at St. John’s. Pictures simply cannot do the birds justice, but I’m gonna try. 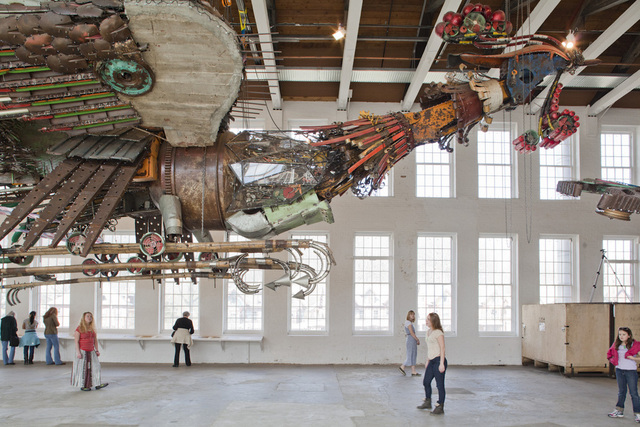 Each is composed entirely of debris gathered by artist Xu Bing from amongst Beijing’s numerous construction sites that popped up across the city in preparation for the 2008 Summer Olympics. This is only the second time that Phoenix has been on display in the U.S., and the cathedral seems a great fit for these mythic creatures. 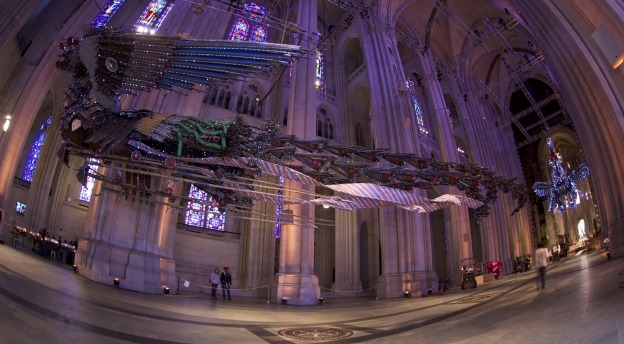 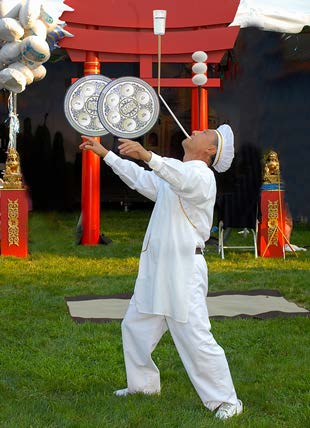 I attended the opening ceremony at St. John’s both to admire the exhibit and to support representatives of the Big Apple Circus who performed as part of the celebration. Tanya, Teresz and Kim performed stilt walking, and Yang Xiao Di did his “Chinese Chef” juggling routine. Philippe Petit performed on the tight wire accompanied by his fellow artist-in-residence Paul Winter. Both Xiao Di and Philippe are featured in my memoir Never Quote the Weather to a Sea Lion (and Other Uncommon Tales from the Founder of the Big Apple Circus). 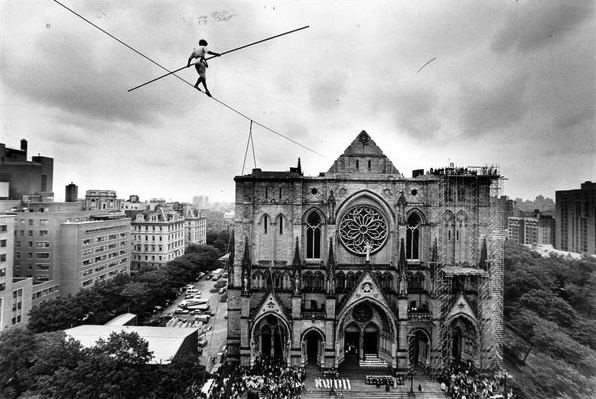 Philippe Petit walking on a tight wire to St. John the Divine in 1982 for a dedication ceremony at the cathedral
Photo by Fred R. Conrad

Also, old friend and creator of the Greenwich Village Halloween Parade, Ralph Lee, performed puppetry. It was a spectacular and heartwarming event!

The Synod House at the Cathedral was an early training home to the Big Apple Circus and its school programs. Every time I visit the Cathedral it brings back waves of memories of those very humble early days.