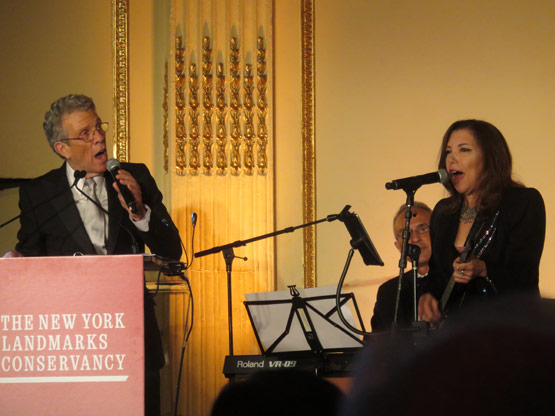 This past Wednesday, November 2nd, I had the immense pleasure of emceeing the New York Landmarks Conservancy’s annual Living Landmarks Gala at the Plaza Hotel Ballroom. This is special for me because, as many of you know, Michael Christensen and myself were honored by the New York Landmarks Conservancy in 2002 as New York City “Living Landmarks” for our work with the Big Apple Circus.  At the time, Liz Smith was the emcee of their annual Gala at the Plaza, but last year she passed the baton on to me. I’m honored to do it once again this year. It’s a thrill! 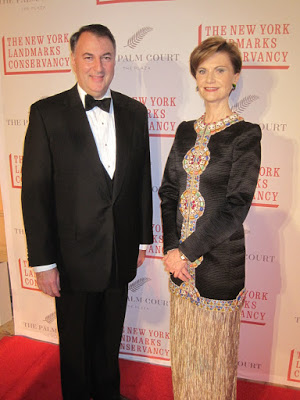 Chairman Lloyd Zuckerberg and President Peg Breen at the Gala. Photo credit to Whom You Know

It’s the best party in town, because it’s New Yorkers who love New York honoring people who love New York. The honorees this year were Frank Bennack & Mary Polan, Barbara Taylor Bradford & Robert Bradford, Nina & Tim Zagat, Larry Leeds, and Wynton Marsalis.  What an honor to share the stage with these people who have had such a profound impact on the city we all love.  I even got to sing a rewritten version of Billy Joel’s “New York State of Mind” — “I’m in a Living Landmark State of Mind!” The entire evening was gracefully organized by Peg Breen.  I collaborated with my good friend Robbie Libbon on jokes that we could insert into a script that we thought could use additional humor. Here’s my favorite gag of the evening:

Here are some photos of the event: 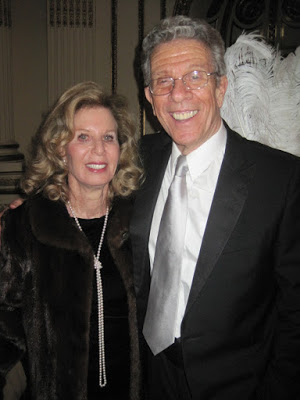 Shelley and myself after the ball. Photo credit to Peachy Deegan at Whom You Know 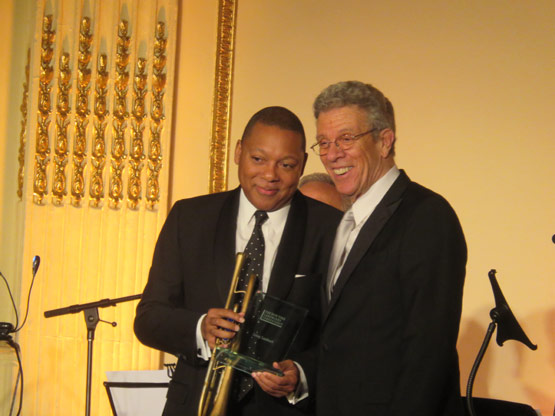 Not everyone has the opportunity to attend the Living Landmarks Galas, but all of you can come to my next cabaret performance! It is a ONE NIGHT ONLY event at THE METROPOLITAN ROOM, on DECEMBER 2ND at 7PM.  After a successful benefit performance of PAUL BINDER RISKS HIS LIFE at the Metropolitan Room last year, we’re bringing a new cabaret: THE TALL AND THE SHORT OF IT!  I will be joined by the dazzling Dana Mierlak in the new show THE TALL AND THE SHORT OF IT. We will share a few songs, a few stories, and a few jokes about how “it’s difficult to be tall” (Paul) and “…average in stature” (Dana, 5 feet in heels).  We can’t wait to see you there! Tickets are available here.