Did you know that “the circus capital of the world” is in Florida? Truly. At least, that’s how many of us lovingly refer to the city of Sarasota. If you keep up with my blog posts, I’m sure you’ve noticed that I take a few trips annually down the east coast—and not just because this bird likes to fly south for the winter. I was just in Sarasota last week for the “Collecting Recollections” interview at the John and Mable Ringling Museum of Art, and I was fortunate enough to get a chance to see Circus Sarasota for a dress rehearsal and, later in the week, a performance of their show “Fearless.” 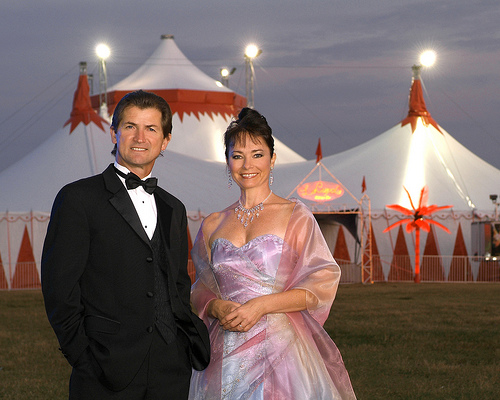 The Circus Arts Conservatory in Sarasota is a not-for-profit training and performance organization dedicated to community outreach and service. And, they perform in an intimate one-ring, European-style tent … very much like another circus very near and dear to me. The company was founded by Pedro Reis and Dolly Jacobs. Dolly performed multiple times with the Big Apple Circus before she and Pedro (who also performed with the Big Apple Circus) began touring together with their pas de deux aerial act. Based in Sarasota, Circus Sarasota’s outreach programs (Humor Therapy Program, Education Program, and Sailor Circus Academy) serve the community year-round, in addition to their big top performances.

Their newest show is called “Fearless,” and with a featured act showcasing the extraordinary seven-person pyramid on the high wire, the show earns its name. The star turn is the Wallenda family, led by the audacious Nik Wallenda. In 2012 Nik became the first person to walk a wire across Niagara Falls, and a year later he outdid himself, walking a wire over the Grand Canyon. And under the big top at Circus Sarasota, the seven-person pyramid—first created by the legendary Karl Wallenda, Nik’s great-grandfather—is extraordinary and stunning to witness. 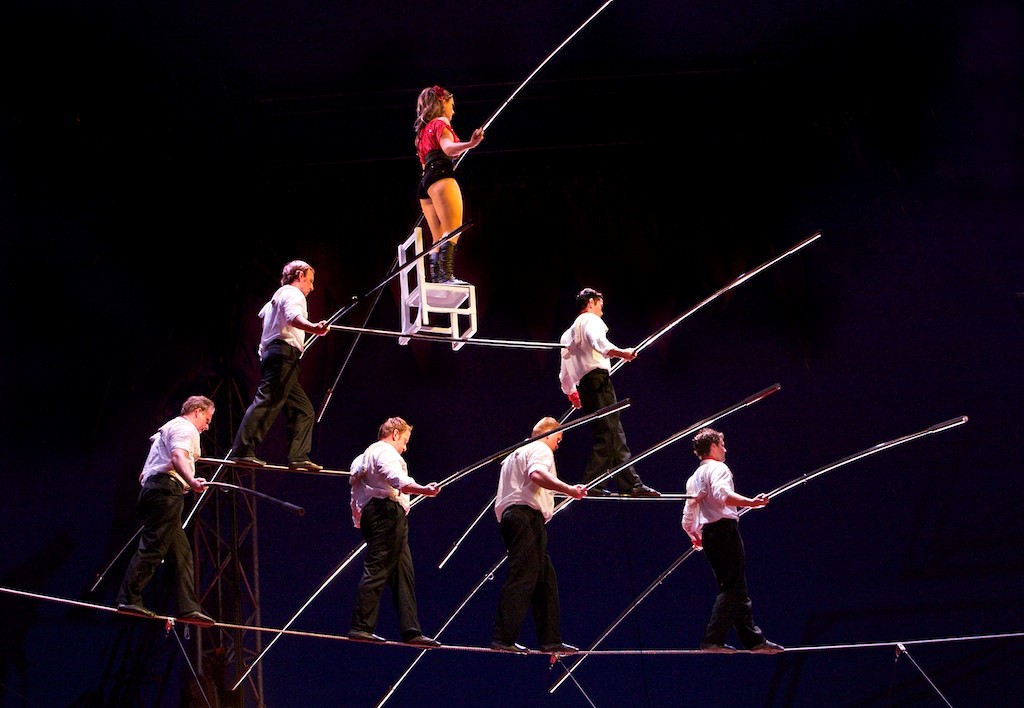 Another excellent act in the show is the hand balancing Duo Shcherbak & Popov. The Ukrainian performers began their training as international gymnasts, and their strength, balance, and control is a sight to behold. The duo has received a gold medal at the Festival Mondial du Cirque de Demain in Paris and the Golden Clown at the International Circus Festival in Monte Carlo (where I had the honor to serve on the jury with both Prince Rainier and Princess Stephanie).

David Burlet and Anton Monastrysky also do wonderful solo acts, and the clown Renaldo (whose career started at the Big Apple Circus … as an usher) has a very funny audience volunteer entree.

The new show is scheduled to run through this next weekend, closing Sunday, February 22. If you can get to the show in Sarasota, do it.