We’ve had dromedary camels at the Big Apple Circus before. They’re amazing looking animals. They’re called the “ship of the desert,” and the truth is they’re very unusual looking. They have thick wooly fur, long eyelashes, and humps of fat. Yes, fat. And they can store four days worth of water. They’re also funny looking. Someone once said, “A camel looks like a horse put together by a committee.”

Well amongst a ring full of other exotic animals, Jenny Vidbel has a pair of camels featured in this year’s Big Apple Circus show, Metamorphosis. Standing over six feet tall and weighing about a thousand pounds each, the pair is quite impressive. 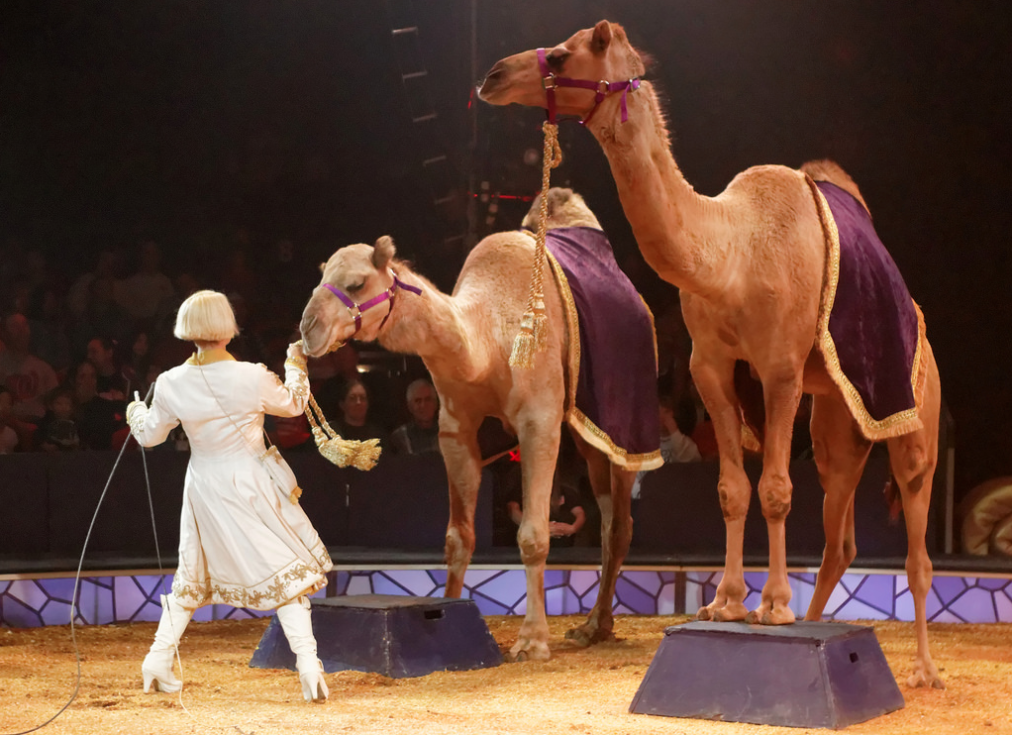 Performance of the Big Apple Circus’s “Metamorphosis” at Lincoln Center, photo by maskirovka77

On our second day in Israel on our way down to the Dead Sea, which is more than four hundred feet below sea level, we stopped at the sea level marker where Shelley climbed onto the back of a camel for a photo opportunity. In fact, this was the very first picture that I took on our trip: 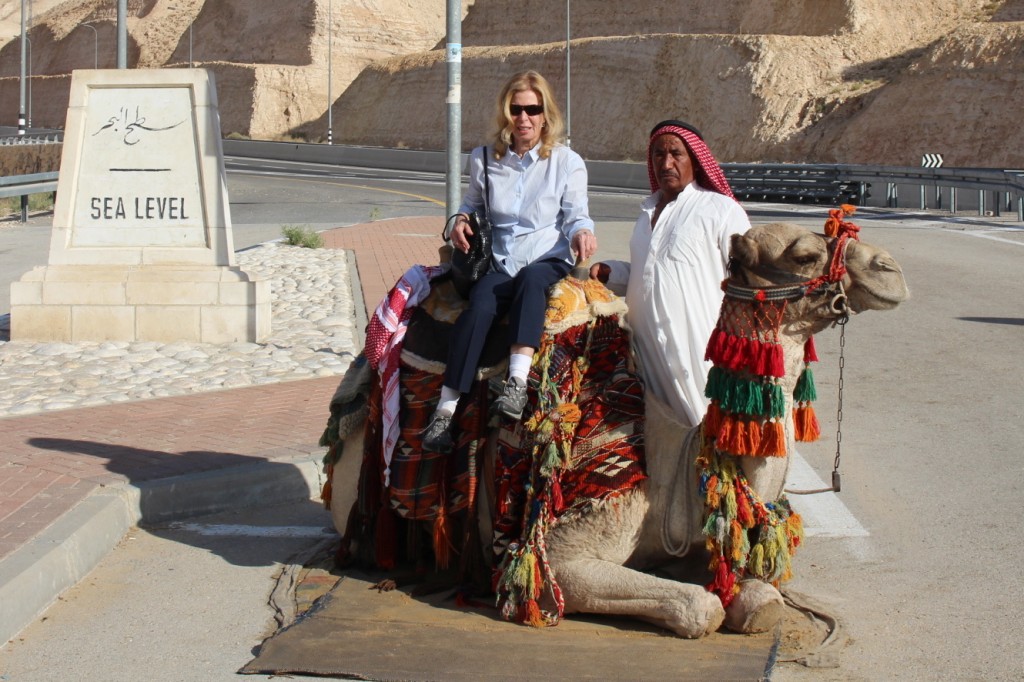 So when I got to Jordan, I thought I might try riding a camel. Why not?

We didn’t actually encounter too many camels in Israel. With all of the tourists around us everywhere we went, there simply wasn’t room. But there was room at Wadi Rum (pronounced “room”) in the Jordanian Desert. Okay, I’m playing with words here. But it was true. We finally had the opportunity to try out camel riding when we visited Wadi Rum in southern Jordan and stayed one night at a Bedouin desert camp. Wadi Rum is actually where Lawrence of Arabia approached Arabian chieftains about joining the fight against the Ottoman Empire during the Arab Revolt. 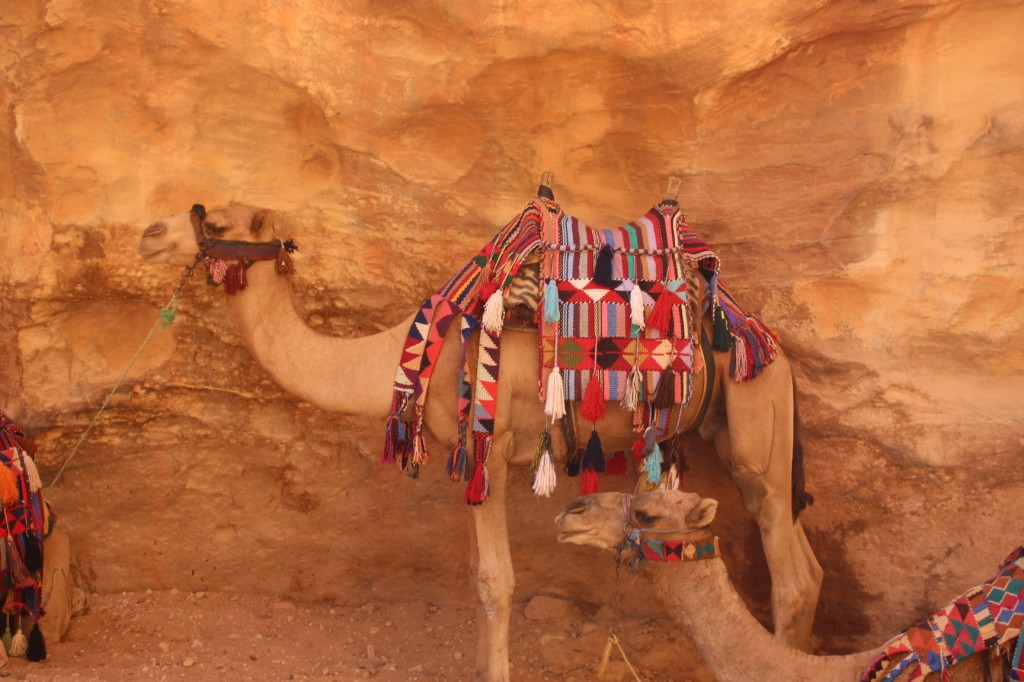 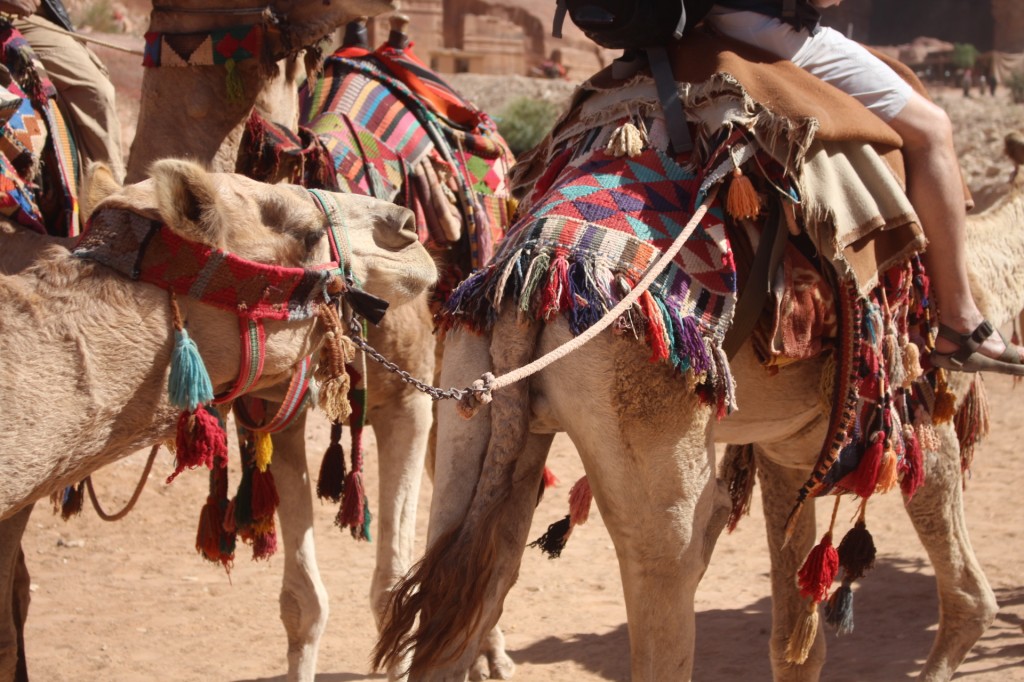 Now, riding a camel is not exactly like riding a horse. It took a bit of time, discomfort, and hump negotiation, but by the end of our first ride I finally started to get the hang of it. Yeah, hanging on of it. 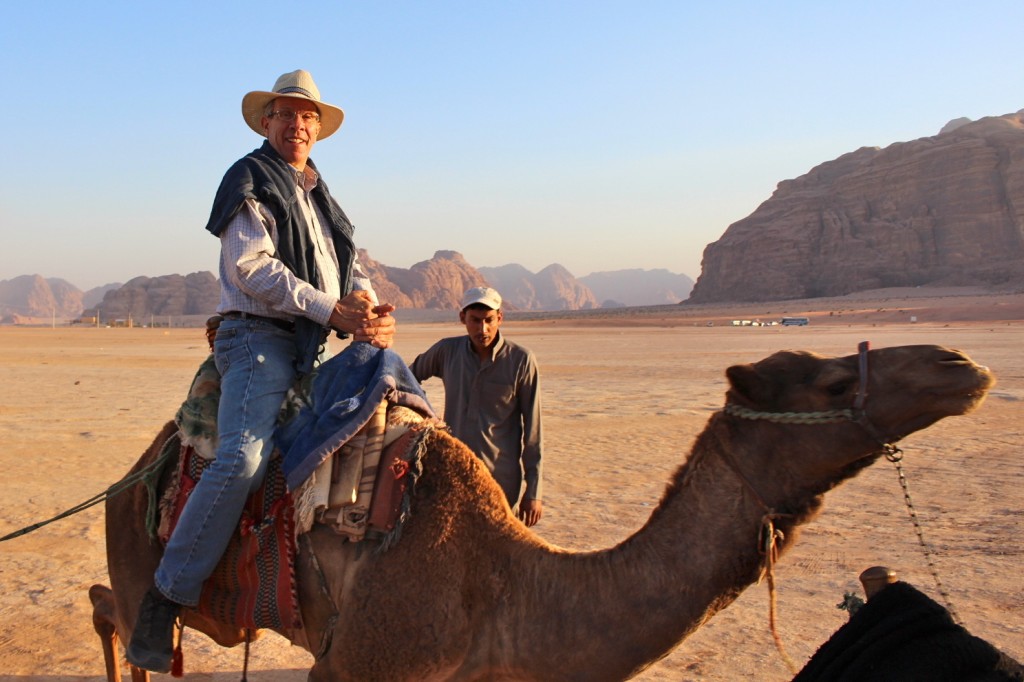 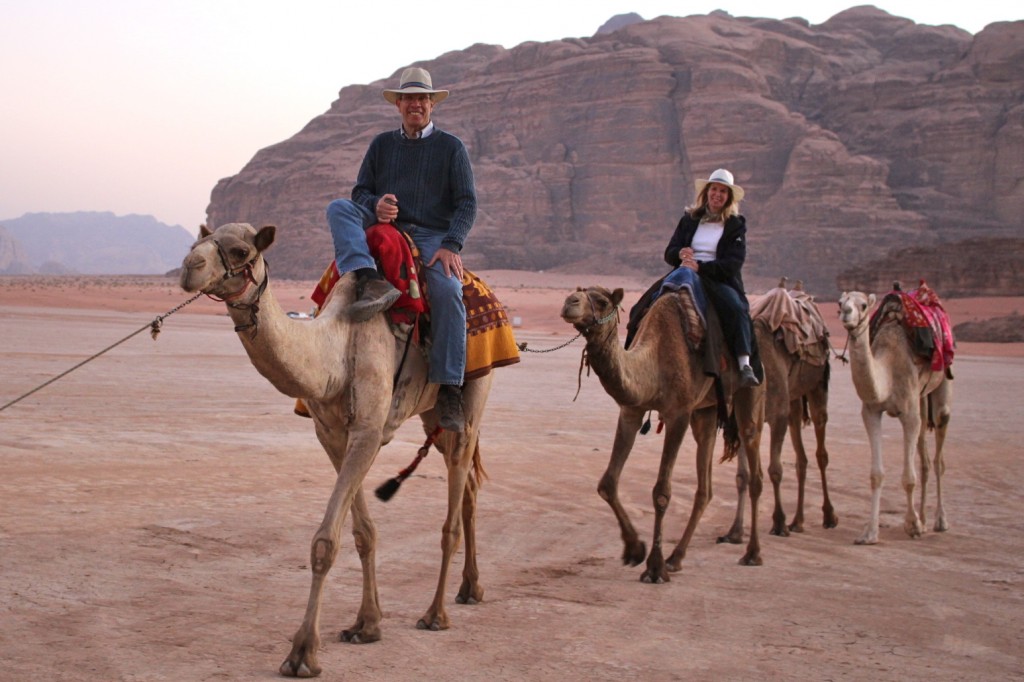 Trying to hold onto the camel in the process of standing up or kneeling down, though, that’s another story … 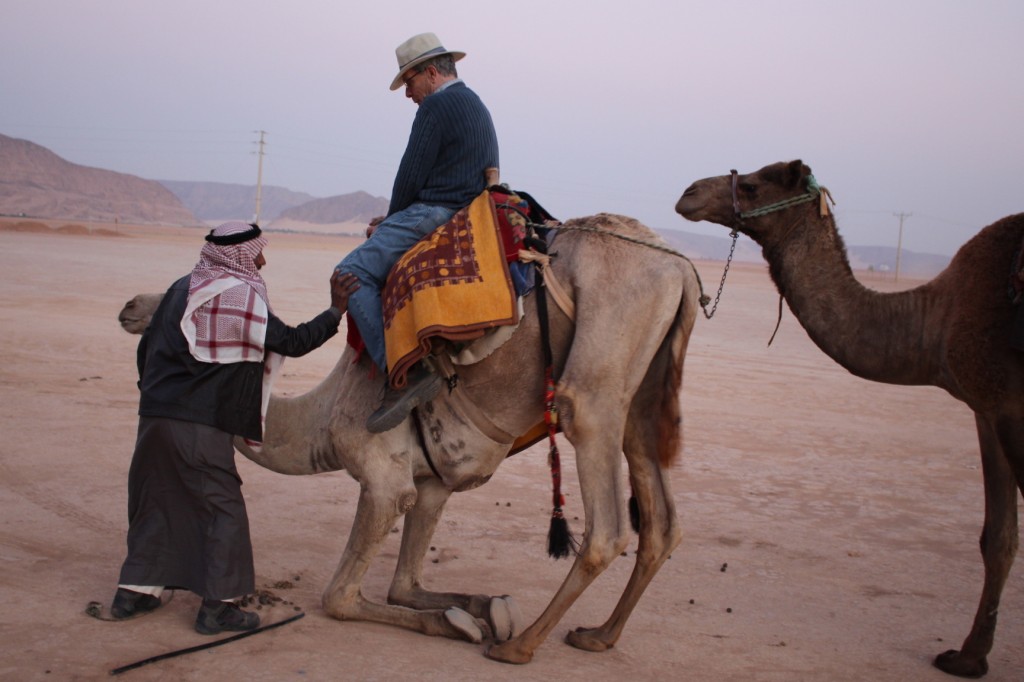 One Response to “Camels in Israel, Jordan, and New York City”