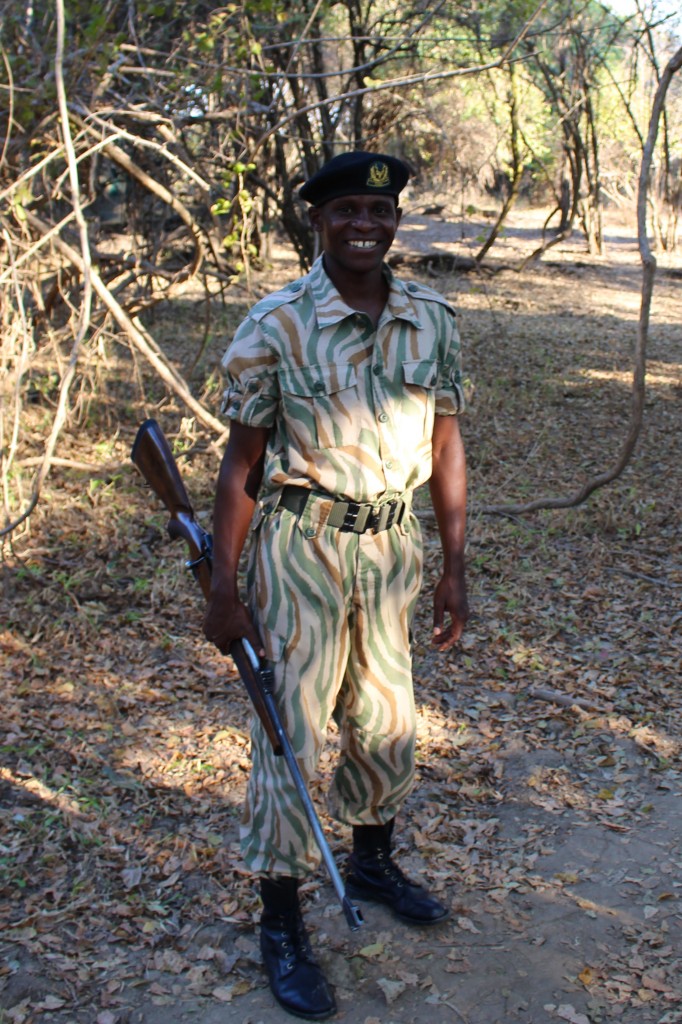 On the afternoon of our second day at the bush camp, we had our first encounter with a major African predator.

At the bush camp we did a lot of walking and some Range Rover riding. There were always four of us. There was our guide, Kanga, our tracker, Stuart—call him our security officer—and the two of us.

First: some news on how we were briefed when we walked out. We were told to stay in single file. We were told that most of the animals we’d encounter are territorial and we must respect their territory. Soft talking is alright. When in the vehicle, don’t stand up and don’t climb out. Animals see the vehicle as a single unit so people in it are seen as part of that “creature.” Standing up alerts them to possible prey. The animals are used to seeing the Range Rover and don’t see it as a threat.

Trackers, who actually carry a gun in case there’s some danger (so long as we don’t intrude it’s rare, but not impossible), have the uncanny ability to see and hear things that other people can’t.

On our second day out while walking, we came across a family group of Burchell’s zebras. They graze in groups of five or six.

A little later, he heard the first sign of alarm. It was the warning cry of a puku (a big-eared deer/antelope). Thinking that we might have a predator within range, Kanga radioed for a Range Rover and we drove in the direction of the puku sounds. 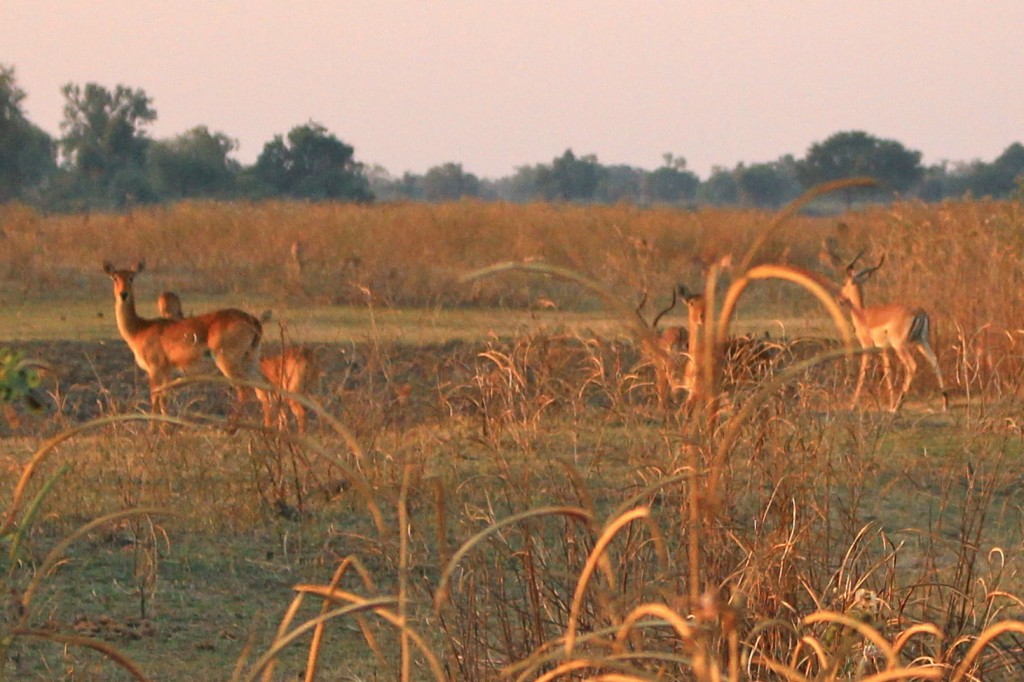 As we approached the area where the puku had been, we slowed down, and there was a hyena lying, sphinx-like, on the other side of a ravine. 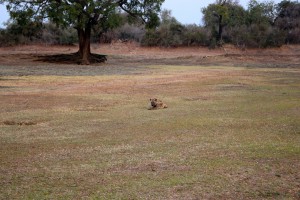 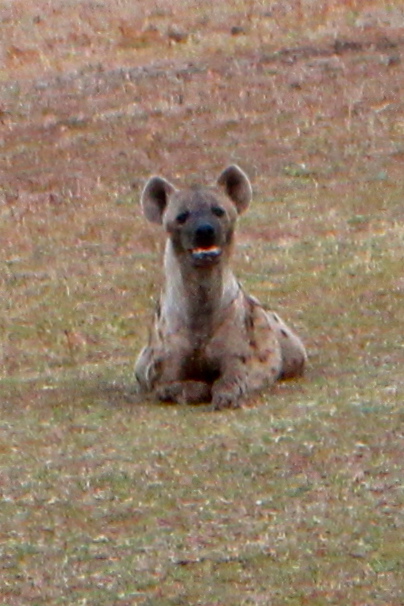 We were informed that that was a good sign. The hyena was nearby because he thought there was a kill coming. Up in a tree, a baboon was making a lot of fuss. Kanga said, “For sure, there’s something out there,” and we drove in the direction the baboon was looking.

When we came up the ravine we saw zebras running in one direction and impalas running in another. It was the same family of zebras we had seen before. We were certainly approaching something. I wish I had a photograph of the zebras and impalas running, but I was breathing a little too heavily at that moment to aim the camera.

As we came around the curve, we had our first leopard sighting. 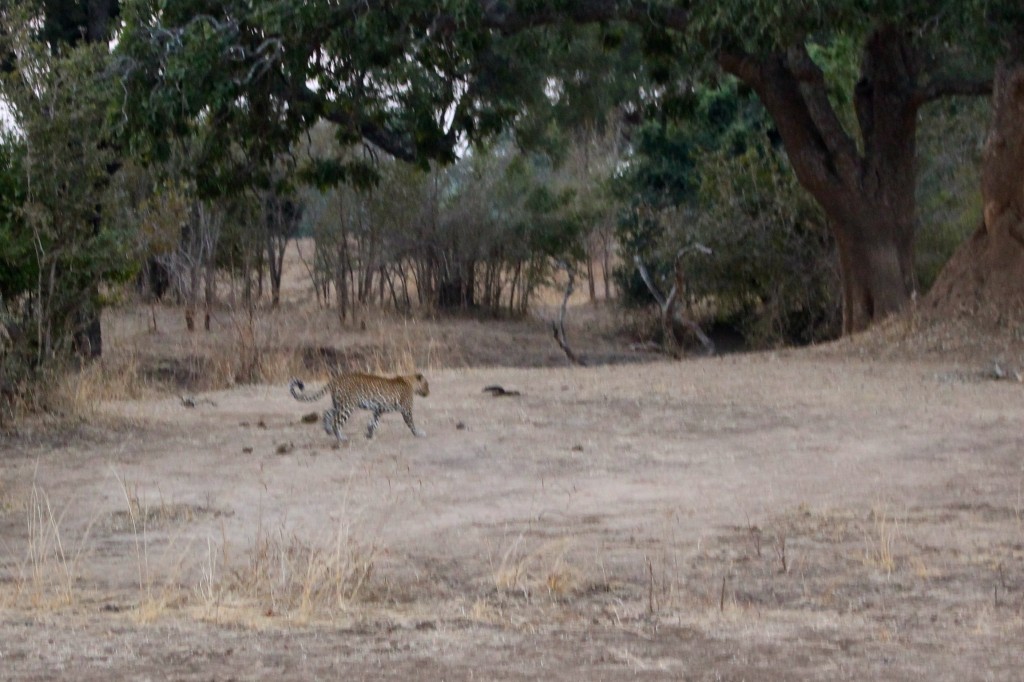 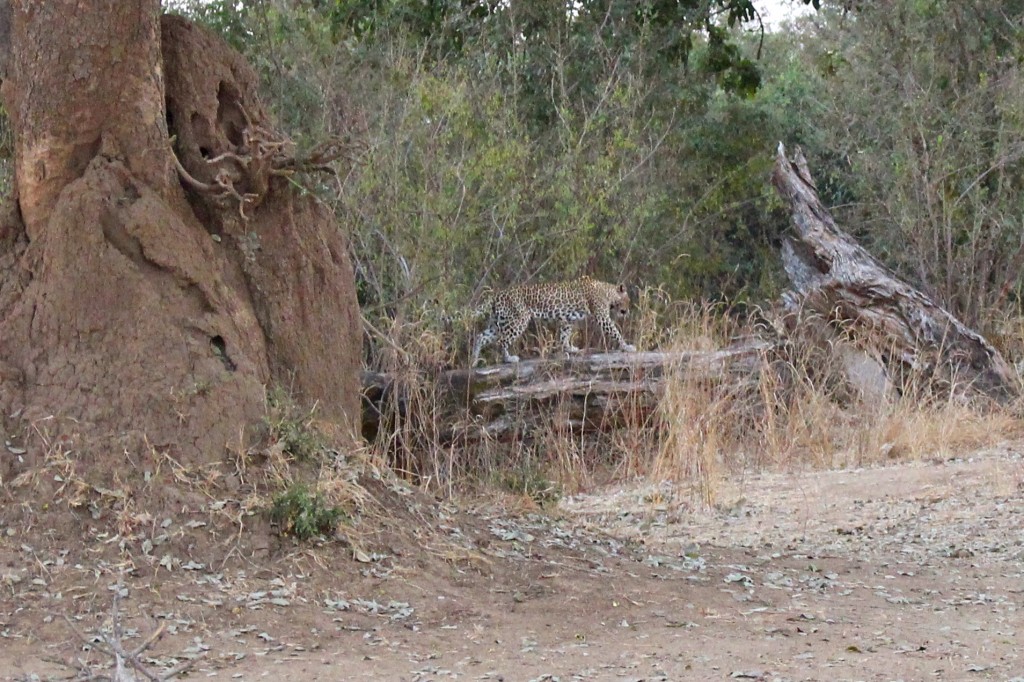 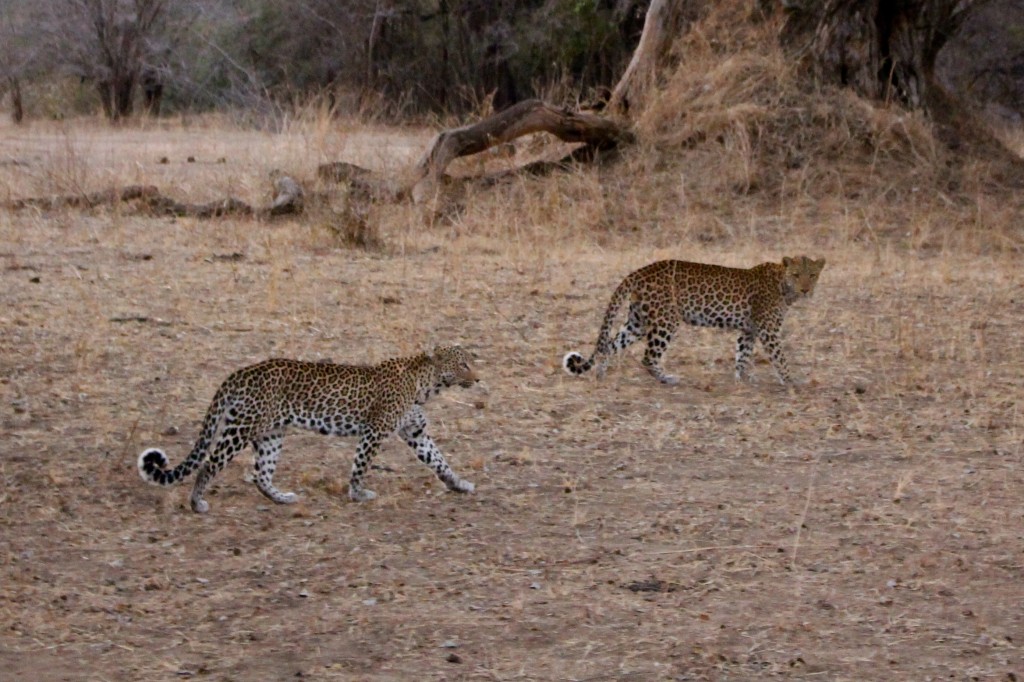 Right beside us were a male and female leopard, which were described as a “breeding pair.” We stopped and quietly looked at them. And as they continued to move, we followed them. Kanga explained that it was a young male and an older female.

The female leopard jumped up onto a dead tree trunk. The young male jumped up after her and attempted to breed with her … but he didn’t quite get it right. 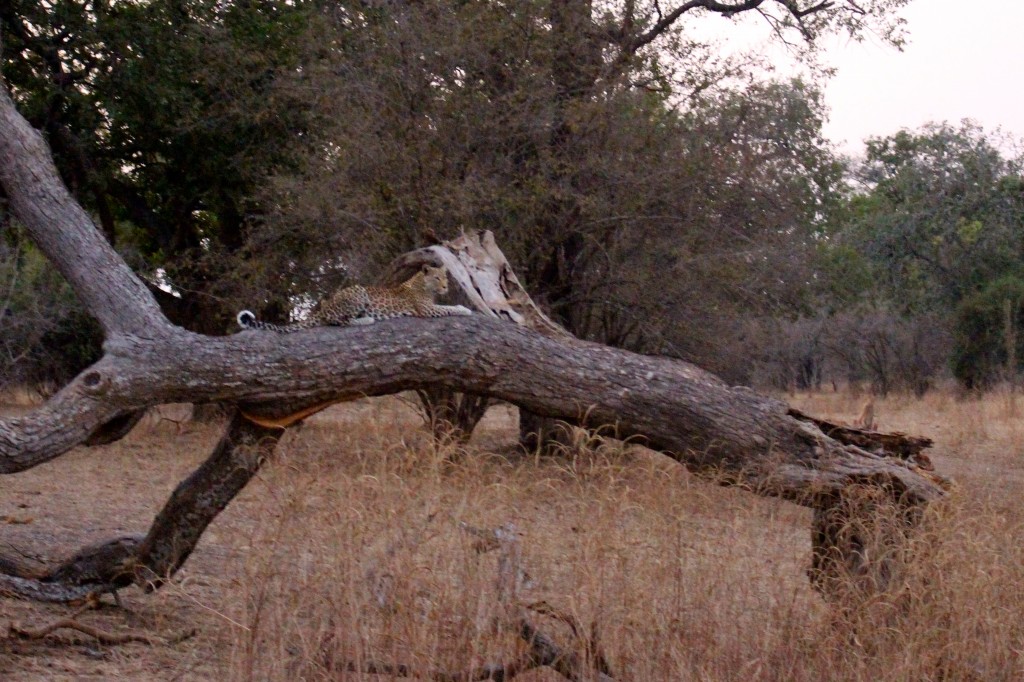 Folks, you can’t make this stuff up.

Kanga commented, “Well, it looks like he’s an inexperienced young male.” And to say the least, the female leopard was a bit perturbed with him. 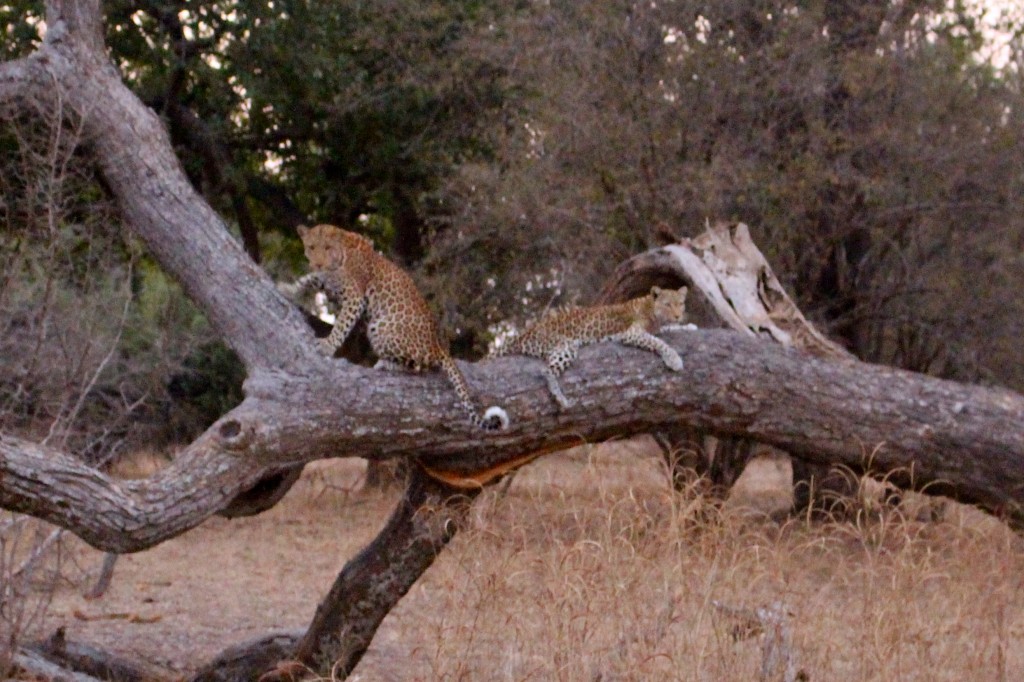 But the guy with the camera (me), was very happy.