As I touched on at the end of my last post (read here), this past Wednesday, April 23, I celebrated William Shakespeare’s 450th birthday with members of the Lotos Club Theatre Round Table. We had a great turn out for lunch, a very active group: seven members of the Round Table were in attendance along with Anne Russell, president of the Lotos Club, who showed up for the recitation of a sonnet, and of course our brilliant, wonderful, terrific leader Gail VanVoorhis, moderator of the Theatre Round Table. As Shakespeare would say about Gail, “how noble in reason, how infinite in faculties.” Typical of Gail’s enthusiasm and love for theatre (and of Shakespeare in particular), she wanted to get the Round Table together to celebrate the Bard’s birthday. 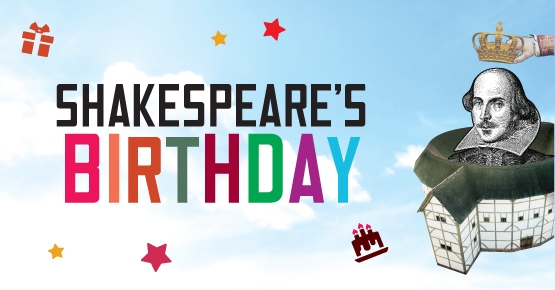 The assignment was for everyone to bring their favorite Shakespeare quotes and passages to share with the group during the meal. Gail brought a ton of them, as well as her beautifully-bound two volume edition of the complete works. She also has an app on her iPhone that allows her to easily lookup and access any Shakespearean text by just putting in a few words of the passage.

I want to share some of my favorite quotes here. We should start at the beginning of a play, with one of the best opening lines Shakespeare wrote:

“If music be the food of love, play on” from Twelfth Night, Act 1 scene 1.

Another wonderful passage is …

“I did never know so full a voice issue from so empty a heart: but the saying is true, the empty vessel makes the greatest sound” from Henry V, Act 4 scene 4.

I instantly recognized this expression through it’s Yiddish equivalent “hok mir nit kayn chainik,” which literally translates to “don’t bang me a teapot.” What can I say? Shakespeare put it well and almost as colorfully.

Kenneth Branagh as Hamlet in the 1996 film

One of the passages I chose to recite is the famous Yorick speech from Act 5 scene 1 of Hamlet. I have a personal connection to this speech. I delivered it as a eulogy for my friend and colleague Mehdi Rios when he died. He was a precision acrobat but was also the funny man in the act. He always made people laugh in a light-hearted way, no matter how serious the subject. He was just like Yorick.

“Alas, poor Yorick! I knew him, Horatio, a fellow of infinite jest, of most excellent fancy. He hath borne me on his back a thousand times, and now, how abhorred in my imagination it is! My gorge rises at it. […] Where be your gibes now? Your gambols? Your songs? Your flashes of merriment that were wont to set the table on a roar? Not one now to mock your own grinning? Quite chap-fallen?”

I also loved reciting the famous directions to the players from Hamlet Act 3 scene 2.

“Speak the speech, I pray you, as I pronounced it to you, trippingly on the tongue: but if you mouth it, as many of your players do, I had as lief the town-crier spoke my lines. Nor do not saw the air too much with your hand, thus, but use all gently; for in the very torrent, tempest, and, as I may say, the whirlwind of passion, you must acquire and beget a temperance that may give it smoothness.” 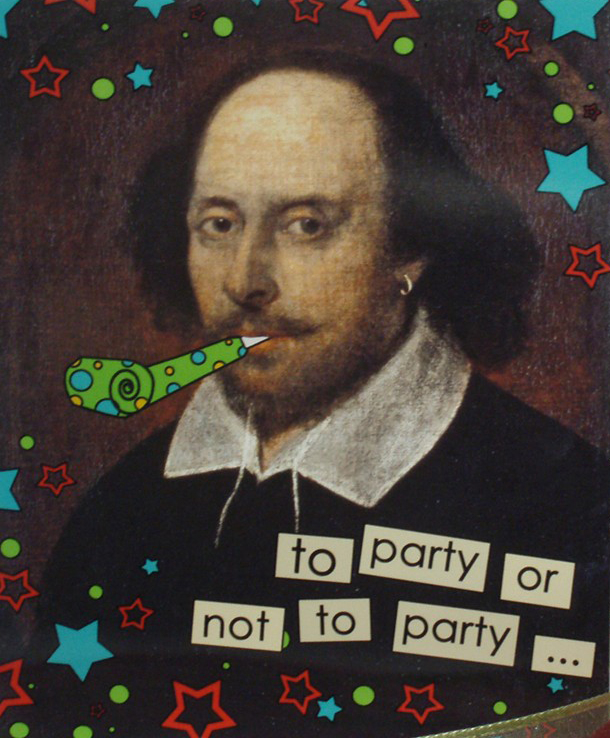 Always good lessons for all actors. Just a few lines later, Hamlet goes on to say one of the most truthful expressions about the role and function of art:

“the purpose of playing, whose end, both at the first and now, was and is, to hold, as ’twere, the mirror up to nature; to show virtue her own feature, scorn her own image, and the very age and body of the time his form and pressure.”

This is probably the most important instruction any artist can receive. As artists, we strive to align ourselves with the forces of nature and relay that truthfulness to an audience.

Happy birthday, Mr. Shakespeare, and thank you for your beautiful words.

One Response to “Shakespeare’s 450th Birthday”