From June 28th till July 6th I had the honor and pleasure of attending the 50th anniversary of the Smithsonian Folk Life Festival on the National Mall in Washington D.C. 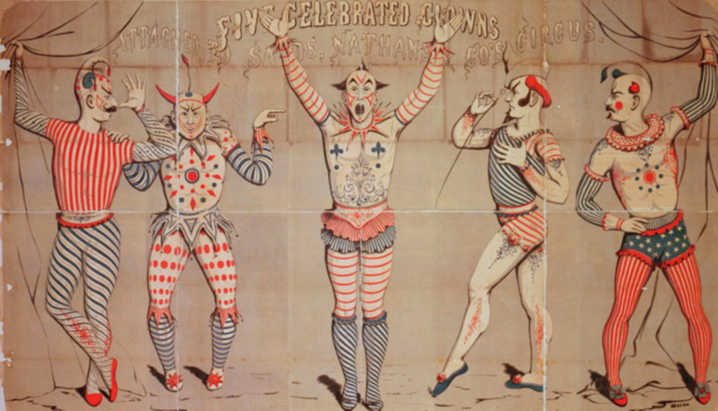 [ What follows is the first of two blogs that I’m posting about my visit to the Smithsonian Folk Life Festival. ]

The Festival estimated that there were over a million visitors.

Michael Christensen, my fellow Big Apple Circus founder, and myself were invited to the festival for several reasons: 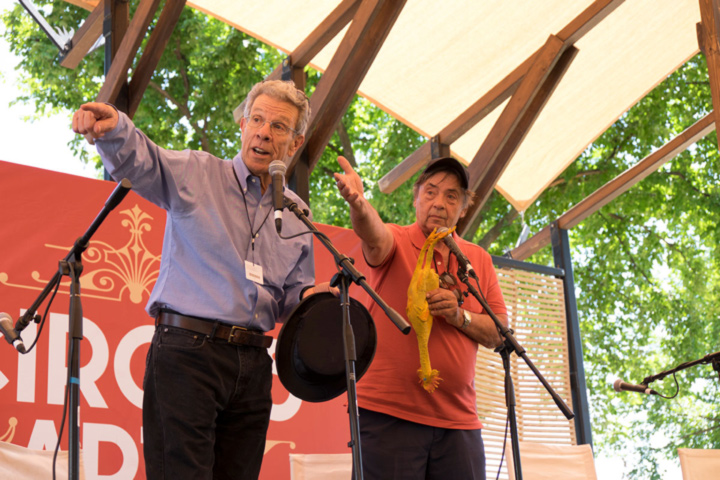 That’s Michael and me presenting the “keys” to the Big Apple Circus to the new management. It looks like “Leonard” was sleeping.

2. Present “Circus of the Senses,” a program that serves sight and hearing-impaired kids and adults. I am proud to say that I originally created “Circus of the Senses” for the Big Apple Circus. Our role at the festival was to narrate and describe, over headsets, to blind kids and adults, a performance of Wonderland by Circus Juventas, a wonderful youth circus from St. Paul, Minnesota. (For the hearing-impaired audience members, there were American Sign Language interpreters.)

That’s me in the top hat with the legendary sportscaster Marty Glickman, at the very first “Circus of the Senses.” Note the kids wearing headsets. The other person with a hand mic is Dave Jennings. The clown is Mr. Gordoon, Jeff Gordon.

Here’s some photos from Wonderland.

Here’s the poster for Wonderland and two photos of the young lady who performed the role of Alice. 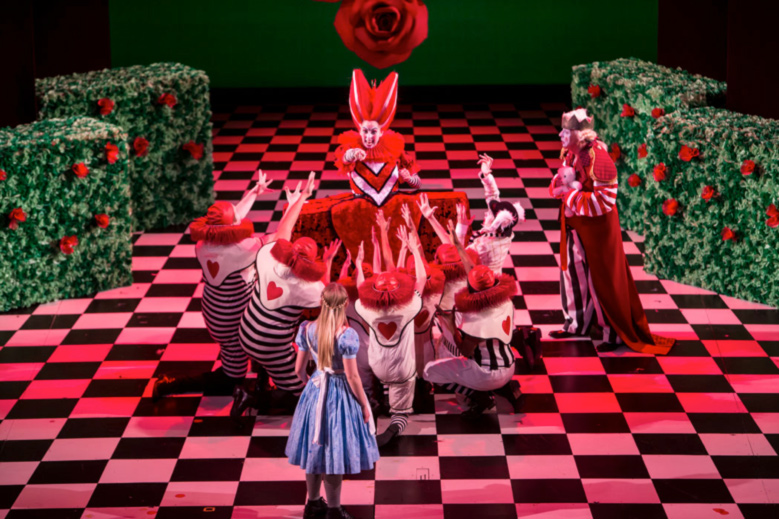 The Red Queen and her court, with Alice in the foreground. 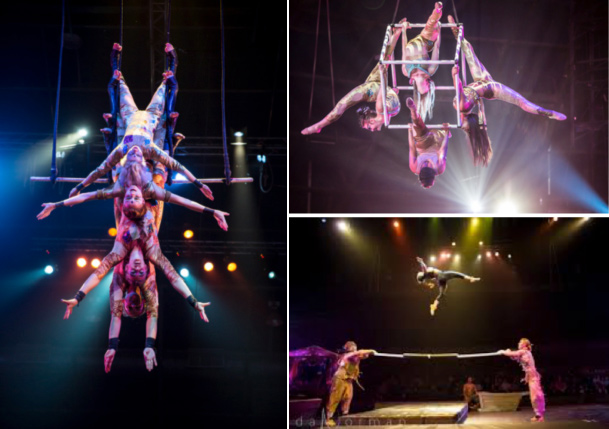 We described a one-hour version of what had been a two-hour show. Following the performance, there was a “touch session” in the ring where blind kids and adults could touch costumes and props of the various performers as well as talk to the performers and myself. 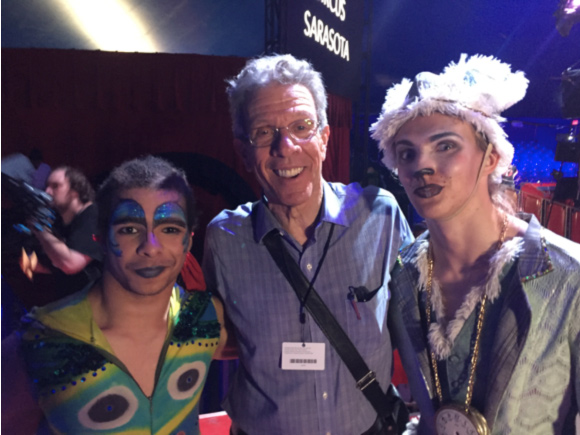 Here are three photos from the post-show “touch session”: the lady in the top left told me that she had been blind since birth and was “thrilled to hear a circus described.” I was thrilled that she wanted to tell me that. The top right is with the Red Queen and the bottom is the Caterpillar and the White Rabbit. 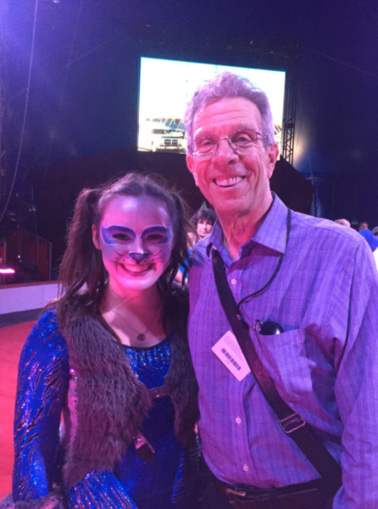 Here’s one with the Cheshire Cat… 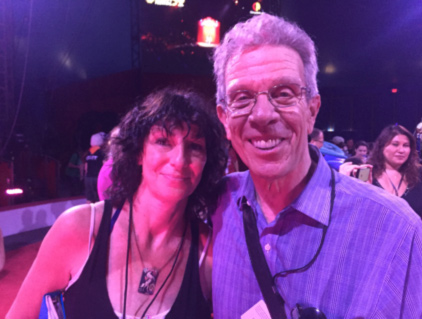 .. and finally the director of Circus Juventas, Betty Butler who along with her husband Dan Butler are co-founders of this wonderful, youthful and energetic organization. I’m grateful to all of them.