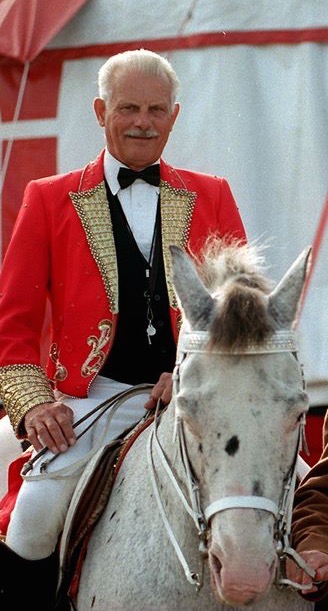 John Herriott at the 1996 Big E,
photo by Dave Roback

Two weeks ago the American circus lost equestrian and ringmaster John Herriott. John was an incredibly skilled equestrian, versatile animal trainer, and an all around extraordinarily pleasant man. I’m fortunate that I was able to get down to Sarasota at the last minute for his memorial service.

Years back, John worked at the Big Apple Circus. Here’s one anecdote about him that I wrote in Never Quote the Weather to a Sea Lion and quoted at the memorial. As a tribute to Johnny I share it here:

In the chapter I wrote:

John brought his high-school riding act to the Big Apple Circus one season. He rode the Appaloosa horse alongside a large high-stepping Harlequin Great Dane dog. They both were white with black spots.

The turnout in Queens that year was light and one afternoon he approached me with an urgent message: the Great Dane had been kidnapped. “We need to get the word out,” he said. “Call the newspapers and radio and TV stations.”

“Kidnapped?” I asked. “Who would kidnap your Great Dane?”

“Hey now, that’s one very valuable dog.” John Said, “We have got to get the word out.”

“Let’s wait an hour or two,” I advised.” Let’s see if he comes back on his own or somebody brings him.”

“You don’t want to call the newspapers, the TV stations?” he asked, incredulous.

By the next show, the dog was back in the ring, high-stepping in the ring alongside John on his horse, none the worse for his alleged captivity.

Rob Libbon wrote in an note to me: “He had the visage of a trail cowboy and the heart of a poet.”  Indeed he wrote poetry … some of which was read at the funeral service.

One more thing: for several years, when we wintered in Sarasota, at Kay Rosaire’s place, Johnny and I would play golf together. He was one of the few people I’ve played with over many years who was absolutely honest with his score. 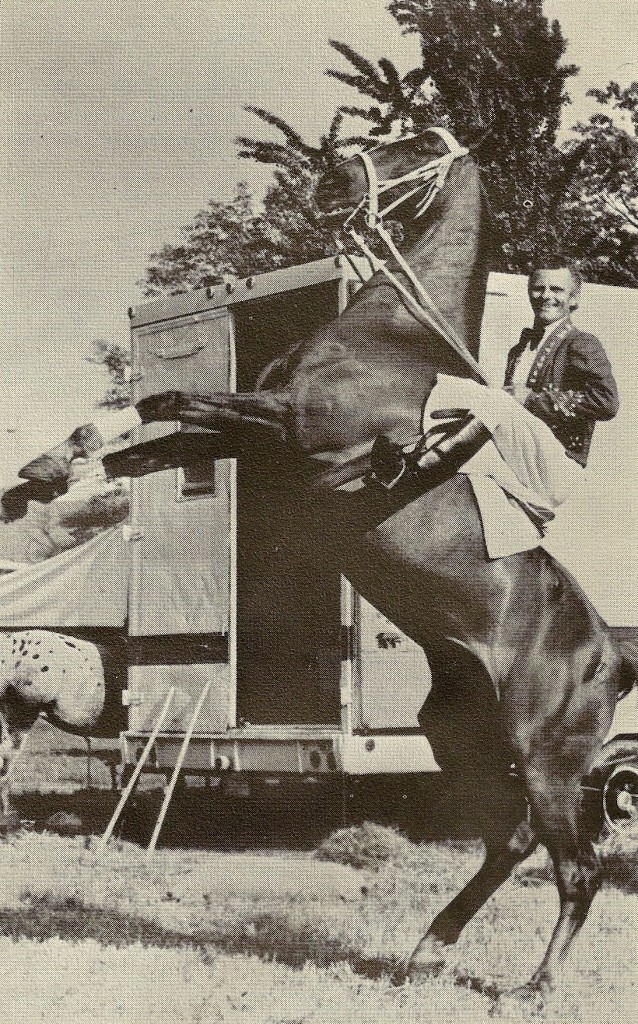