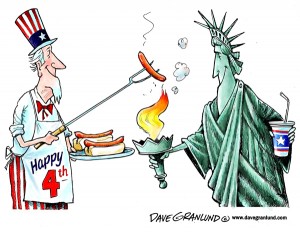 It’s not quite the 4th of July if there isn’t BBQ’d food and something exploding with light in the summer night to the grand strains of John Philip Sousa. But having a BBQ and fireworks in a New York City apartment? That can be a tricky endeavor. Luckily we didn’t have to resort to any illegal grilling out on the fire escape.

I had some loved ones visit me in the last couple weeks, which made the time around the holiday even more special. My son Max came in from the West Coast, and I also got to see my daughter Katherine and her two little ones, my grandchildren Sonya and Leo, who flew north from Florida.

We attempted a preview of some of the 4th of July fare with the grandkids, and Leo impressed us all when he took a bite out of a vegan (unbeknownst to him) hot dog and his face immediately turned to disgust. He explained, “Yecchhh! It tastes like beans.” He got it right. Not only did he know that it didn’t taste like the hot dogs that he was used to, but he also identified the unusual hot dog flavor. That’s quite a pallet for a four year old!

Truth is, I only bought the vegan dogs in case one of our guests was on a health kick — none were. On the actual holiday, we offered up the bean-tasting vegan hot dogs to the local wildlife (don’t ask!) and enjoyed some meat-loaded hamburgers and hotdogs. To cook we used a BBQ grill with which we were very familiar: the good ol’ kitchen range. We served the food on china plates with mountains of cole slaw and potato salad. 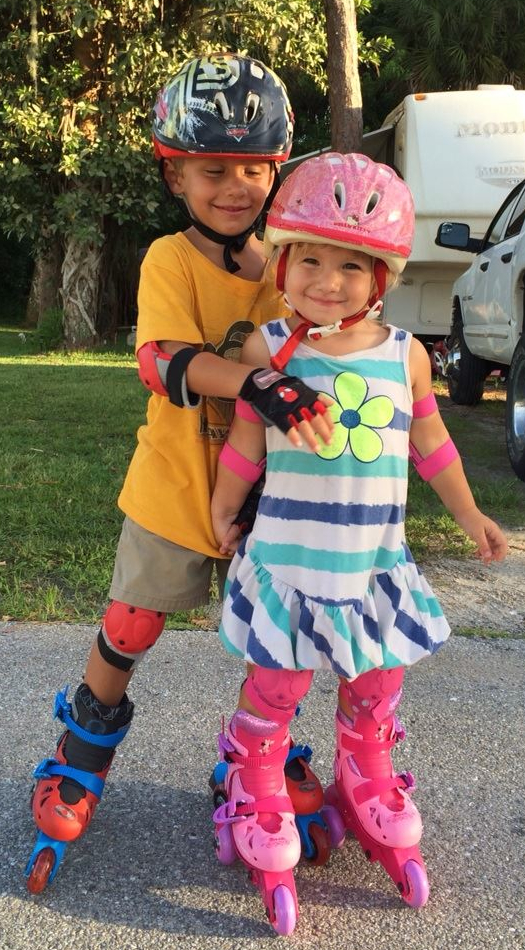 It wouldn’t be Independence Day in New York City without the Macy’s Fireworks Spectacular. This was the first time in five years that the Macy’s fireworks show was set off on the East River, which was good news for most New Yorkers who could now see the bright lights from downtown Manhattan and areas of Brooklyn and Queens. This was also the first year that I’ve lived in an apartment with a beautiful view of the Hudson River. The timing just wasn’t meant to be. But hey, maybe next year we’ll travel to Manhattan’s east coast.

I’m delighted that I got to spend some time with family, and I hope all of you had a wonderful 4th of July as well. 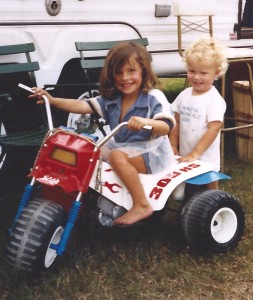 Katherine and Max (a few years back)