I want to share with you the exciting happenings of this past weekend. Last week I shared with you some information about the Circus Ring of Fame at St. Armand’s Circle in Sarasota, Florida.

Well, this past Sunday I had the extraordinary honor of being inducted into the Ring of Fame. Now a plaque in my honor has been added to the other 114 that circle the park. But the event was even better than I had anticipated. Not only was it a huge honor to be recognized for this award, but I also got to see old circus friends and colleagues (and a couple of college classmates) who came out for the event. It’s the circus performers and staff who truly make the circus the great American tradition that it is, and I’m sincerely humbled to be recognized alongside all the famous names on those plaques. Sharing the honor this past week were Pinito del Oro, Ian Garden, and the Theron family. We are all sharing the park with Cecille B. Demille, John Ringling, Gunther Gebel-Williams, P.T. Barnum and James A. Bailey, Emmet Kelly, and Lou and Dolly Jacobs … among many others. 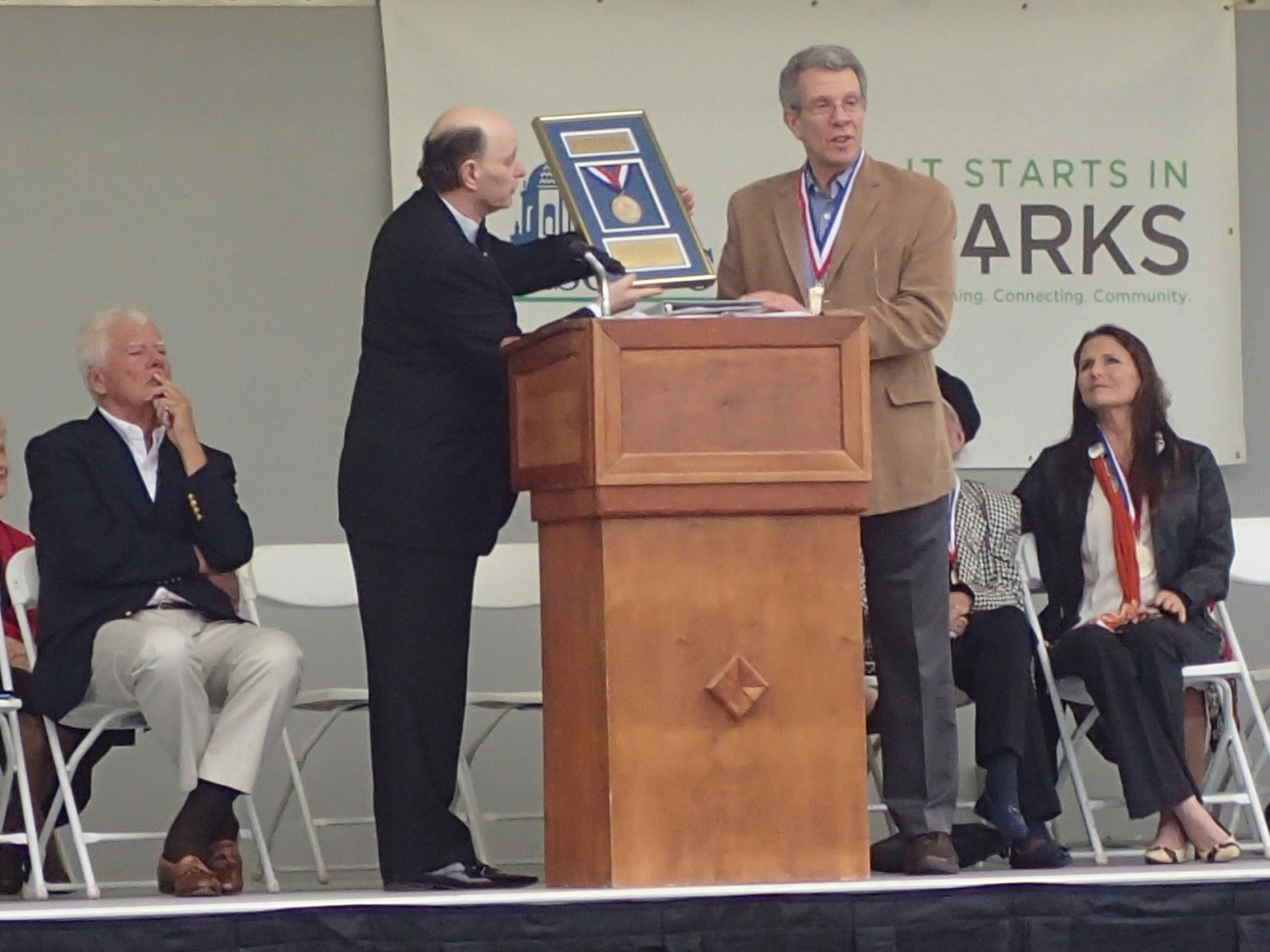 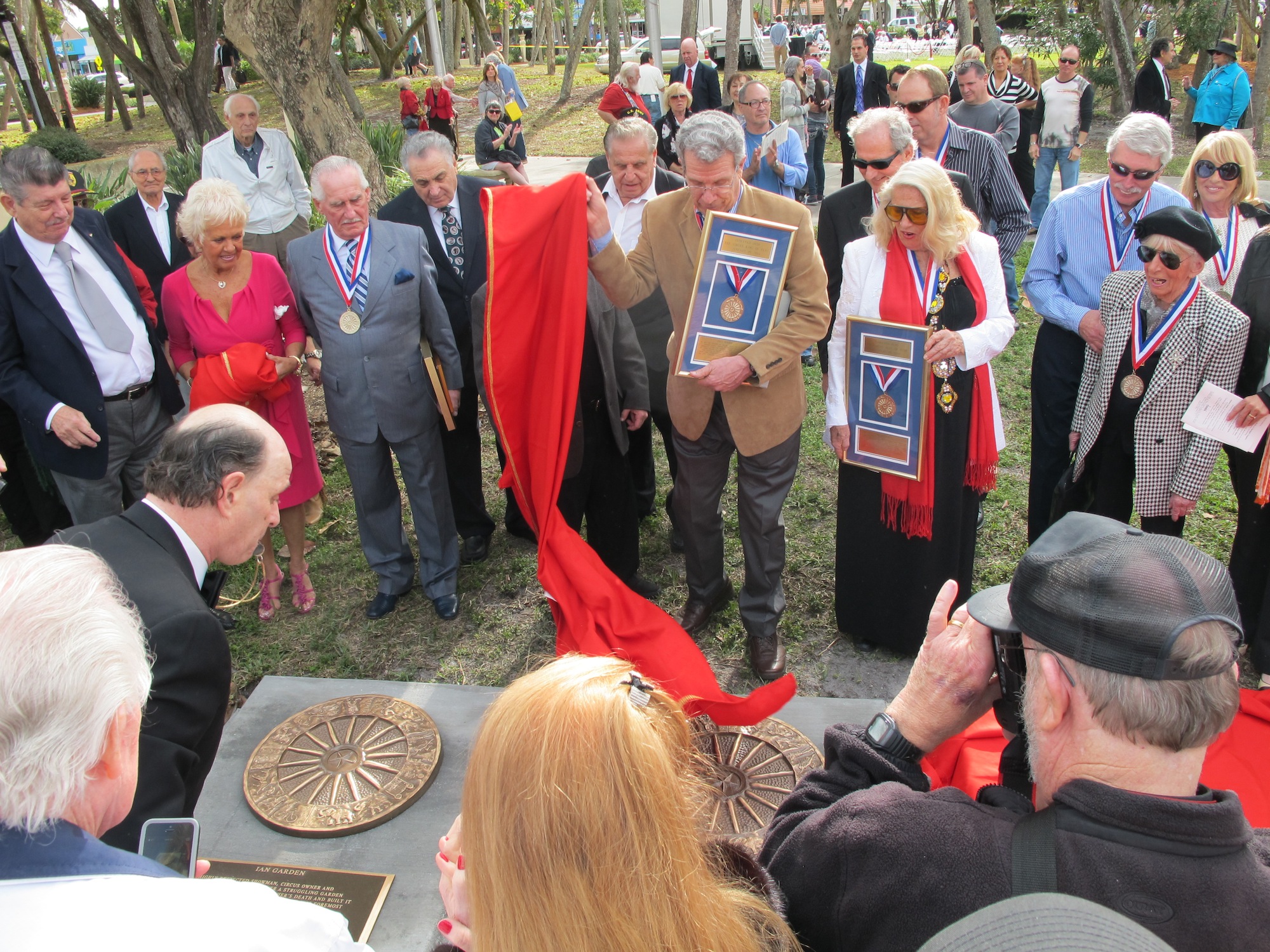 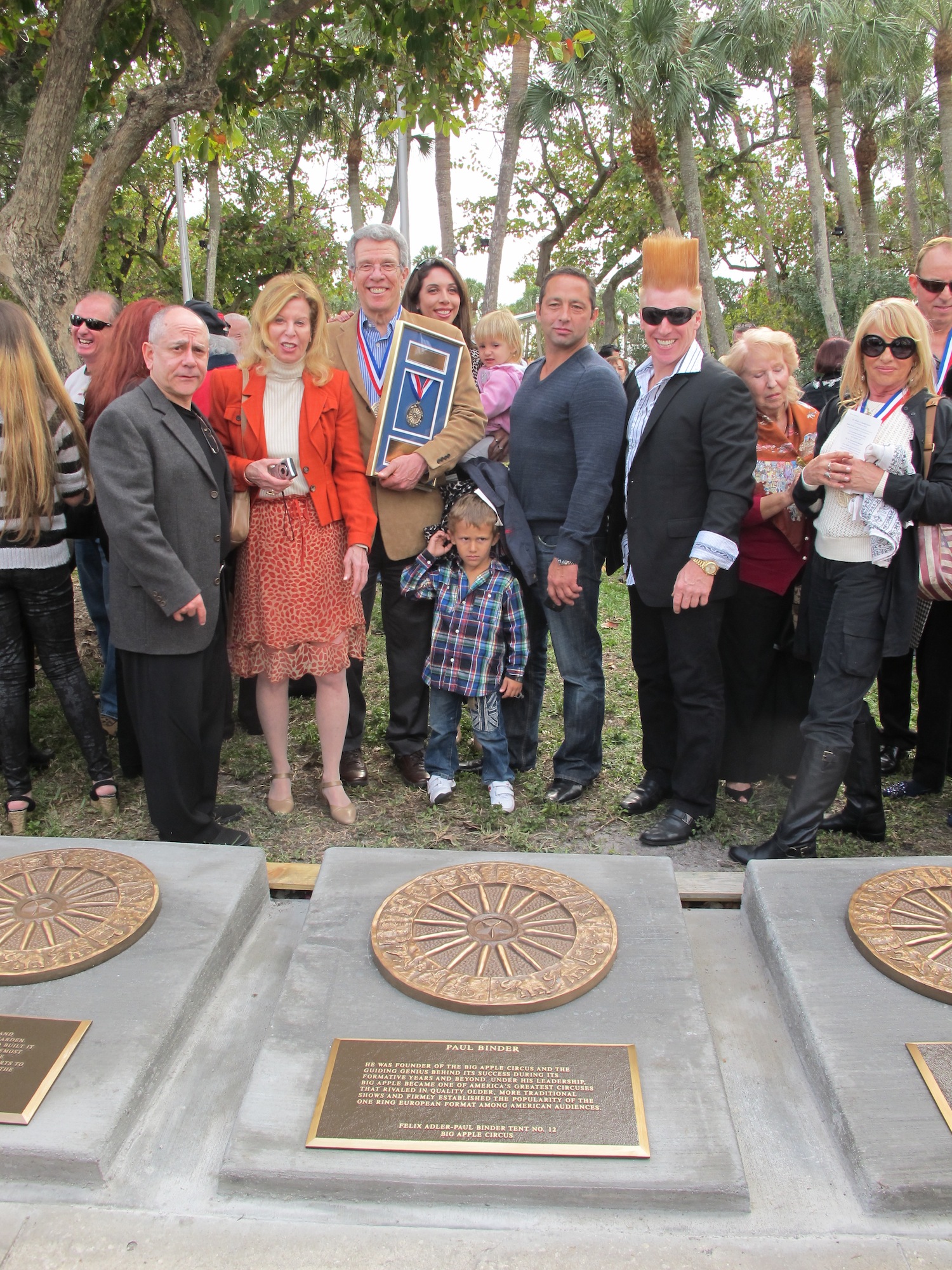 Celebrating with me were my daughter Katherine, her husband Sasha, and my grandchildren Leo and Sonya. Little Sonya celebrated a birthday this past month, so it was nice that grandpa could make it down to Florida to celebrate. Representing the Big Apple Circus were Tom and Yvonne Larson, the General Manager and Box Office Treasurer. And a huge thank you to Tom for taking photographs of the event, which I now get to share with all of you. Also with me was my sweetheart Shelley Doctors. And, of course, those wonderfully funny clowns Barry “Grandma” Lubin and Bello Nock who introduced me at the awards ceremony. It was difficult to make a thank you speech after those two spoke … sort of like the guy who followed Lincoln at Gettysburg ….

This post is coming to you from Paris, France where I’m at the Festival Mondial du Cirque de Demain. And more on that in my next few blogs.

3 Responses to “The Circus Ring of Fame … What a Day!”