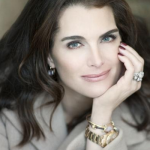 Last week I attended the annual New York Landmarks Conservancy’s Living Landmarks Gala.  I’m humbled to be a part of this truly prestigious list, which includes public figures, entertainers, writers, politicians, and activists (all New Yorkers!) who’ve changed the shape of music, dance, literature, food, television news, movies, criticism, public service…the list goes on and on. I was named (along with Michael Christensen) a Living Landmark in 1997.

Joel Grey as Master of Ceremonies in Cabaret

Also honored were Mary Wells Lawrence (creator of the original “I Love New York” ad campaign), William Vanden Heuvel (former US Ambassador and current chairman of the Roosevelt Island Memorial), Ann L. Buttenwieser (a wonderful NYC parks activist), and Robert I. Grossman, MD (who presided over NYU Langone Hospital’s amazing emergency evacuation during Hurricane Sandy). A highlight of the evening was Joel Grey singing “Willkommen” from “Cabaret”, the song he made famous. 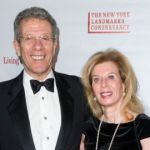 A photo of me with my gorgeous date Shelley

Seated at my table was Thomas Schutte (the President of Pratt Institute, from which I have an Honorary Doctorate Degree in Fine Arts) and of course Shelley Doctors, my gorgeous date for the evening. We had a blast eating, schmoozing, and dancing. As some of you may know, I look pretty cute in a tux.

One Response to “Living Landmarks Gala”