It’s become a tradition for the Dartmouth class of ‘63 to have a mini-reunion every August in conjunction with Tanglewood on Parade in Lenox, MA. Seeing and listening to the Boston Symphony Orchestra and the Boston Pops Orchestra is a truly wonderful experience every year.

One of the true joys of this year’s show was John Williams conducting the Boston Pops. You know, John Williams is no kid anymore. He did several pieces including a suite from The BFG, which is his latest project, once again united with Steven Spielberg. Before leading the Pops in a song from the new Star Wars movie, he took the microphone and said, “As a composer for the movies, you have to understand that you never know what the movie will actually sound like once special effects gets ahold of it … with all the gunfire and the zooming and the booming. So it is my pleasure to present this scene WITHOUT the special effects.” He got a standing ovation upon both his entrance and exit. At eighty-four years old, he still has his talent and humor. 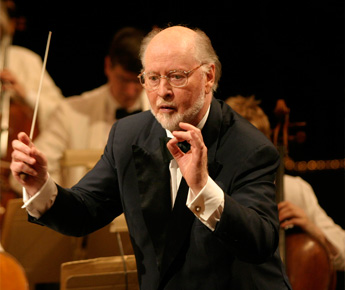 As in previous years, the concluding piece at Tanglewood on Parade was Tchaikovsky’s 1812 Overture with live cannon fire (that’s written into the music), followed by a dazzling and explosive fireworks display right over “The Shed.”

A little treat for you (and for me) if you haven’t read my post about Tanglewood from last year: in the second part of my blog entry, I recount the time that the Boston Pops joined the Big Apple Circus, and there’s even an old video of me conducting them in full clown regalia. It’s definitely worth a watch … or two (or twenty-five!).

“Pops Joins the Circus” is surely one of my finest memories of 30+ years at the Big Apple Circus.