A few months ago, David Orr contacted me about being a guest speaker at the Altoona Circus Bonanza hosted by the Adam Forepaugh – Barry Lubin “Grandma” Tent No. 2, the oldest active CFA (Circus Fans Association of America) “tent.”

Altoona is a city in central Pennsylvania, about an hour’s drive southwest of State College, so on my drive across New Jersey and Pennsylvania, I was able to listen to lots of good music.

There were two Circus Fans clubs, so-called “tents,” that were involved with the Circus Bonanza Weekend, so I got to go to dinner on two subsequent evenings. The first was hosted by the Emmett Kelly – Bello Nock Tent No. 41. The second was for the Forepaugh – Lubin Tent where I was guest speaker.

The emcee of both events was a gent named Mort Gamble, who is the Assistant to the President of Bethany College. Equally fun was a woman named Katie (I wish I could remember her last name) who was the ringmaster of the Bello Nock tent. She had read my book and tells the stories as well as I do, with some unique twists. What surprised me most was that someone told me after the event that she’s an FBI Agent–a delightful FBI agent, I must say. Circus fans come in all guises, as circus has the distinction of cutting across all social/political/economic boundaries. 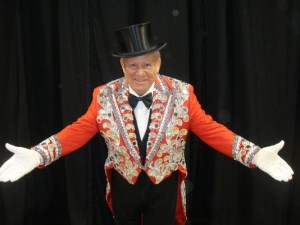 After the dinner on Saturday, we all headed over to the Royal Hanneford Circus, sponsored by Jaffa Shrine. For those of you who don’t know, the shriners have children’s hospitals all over the country and wear unusual hats (some might call them silly). For many years they have sponsored circuses that raise money for their hospitals.

Billy Martin, who is an old friend, has been the ringmaster at Hanneford for the past 20 years. I was also pleased to see Ian Garden, Jr. and his America’s Show Camels. One of my favorite acts was the Lopez Family High Wire. They were very good, very strong. But of course the highlight for me was seeing Grandma in the ring. Barry’s appearance in the program was billed as “Everyone’s Favorite Senior Citizen,” and the title certainly fits. 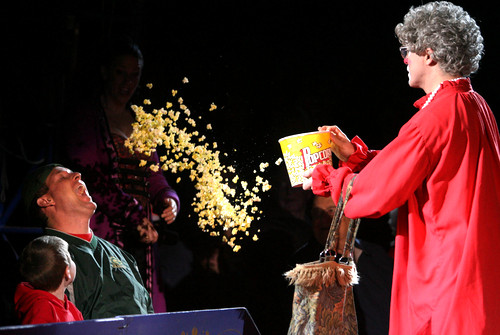 I had the pleasure of visiting Barry between shows. It was the highlight of the day. 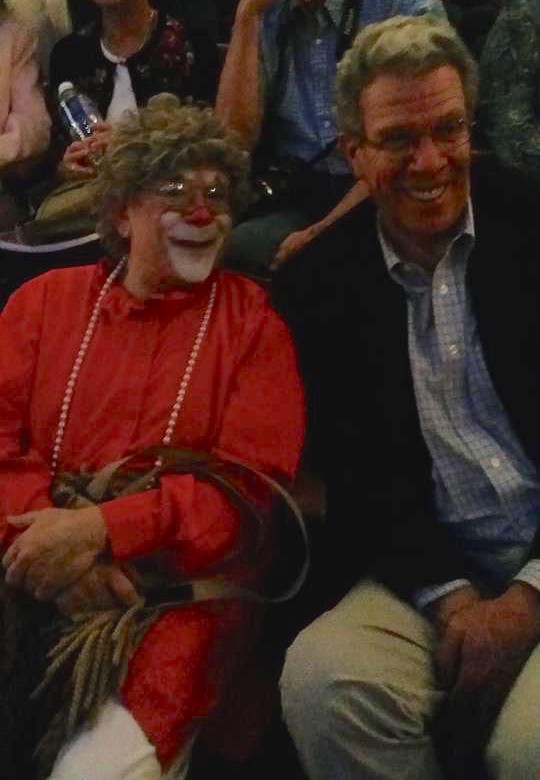