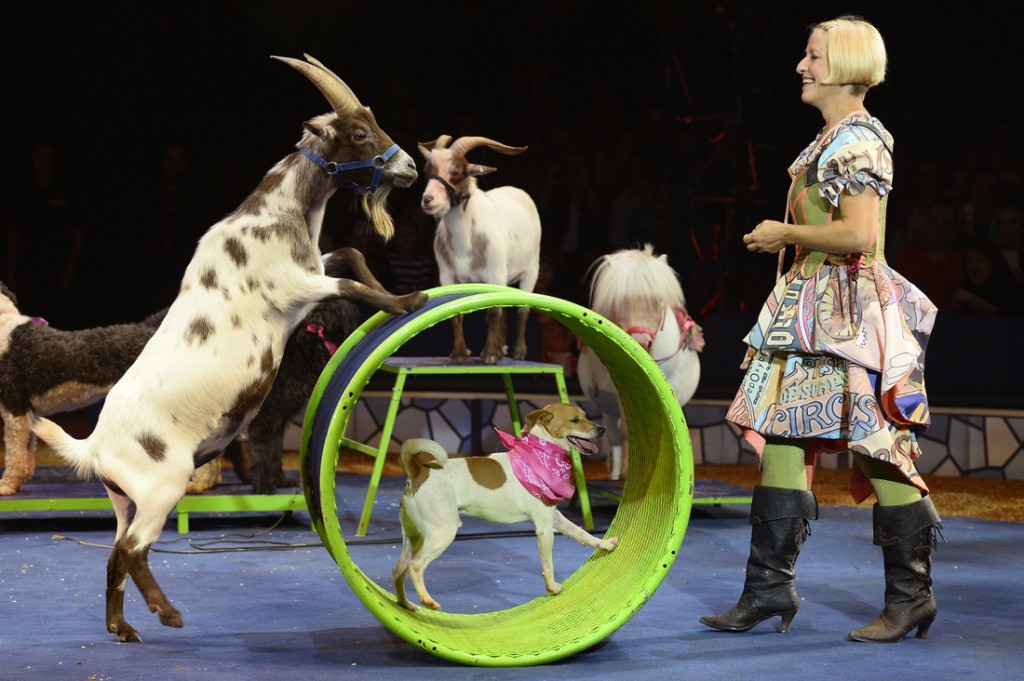 During Circus of the Senses, the Big Apple Circus performs a slightly abridged version of its full productions. But in order to assist the children with various disabilities, the program offers accommodations to the audience members. There are sign language interpreters for the hearing impaired. And for the visually impaired, there are typically two commentators situated in the back row of the big top who describe the circus acts in vivid detail into microphones whose audio is transmitted to personal listening devices. That’s where I came in.

(I have a whole other story to tell you about my first two narration partners for Circus of the Senses… but that’s to come next time.*) 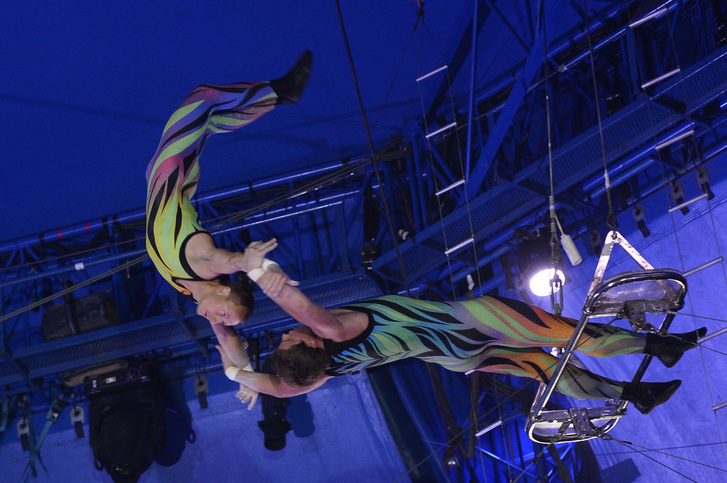 Here are the trampoline acrobats, the Aniskin Troupe, performing a different act, flying trapeze, from the Big Apple Circus “Metamorphosis”

I was commentator to the wonderful descriptions of Bill Boots. Bill is a clown in the Washington and Baltimore Clown Care Units, serving both the Children’s National Medical Center and Johns Hopkins. Of course, he wasn’t in his clown costume for Circus of the Senses. He is a great describer of the acts and a generally big-hearted fellow. To say the least, he makes it easy for me to comment on the acts. He describes so well that I only need a few words to add some humor and liveliness to the description experience. Take for example …

During the trampoline act, Bill described in detail the various flips and tricks that the acrobats were performing. He needed absolutely nothing from me. Remember, the purpose of the commentary is to enable visually impaired audience members to experience the circus acts. Descriptions are important for this audience because their image of the act must be created entirely by words, along with the musical accompaniment of course. But that doesn’t mean that a simple play-by-play of the action as it’s taking place will be sufficient enough to communicate the entire circus-going experience. So, as Bill was creating the visual picture, I was able to add colorful commentary. For the trampoline act, I chimed in a very soft “boing” alongside Bill’s description of the act every time the acrobats would hit the trampoline and fly back up into the air. Bill actually started giggling during his description. Humor and lightheartedness in the commentary helps create a better sense of the circus experience. It’s great fun working with Bill. He was so good that I got to enjoy watching the acts while being a silly version of my usual self.

And I received positive feedback after the performance as well. One of the funders from a foundation came up to me and asked, “Are you the one doing the ‘boing’? That was fantastic.” And that’s what the Circus of the Senses is about—creating a positive performance experience.

The circus is for everyone.

Well, the Big Apple Circus is finishing up in Dulles, VA this weekend, and then the big top is making its trek to its home at Lincoln Center.

*Footnote: My performance partner Michael Christensen joined me in the third year.